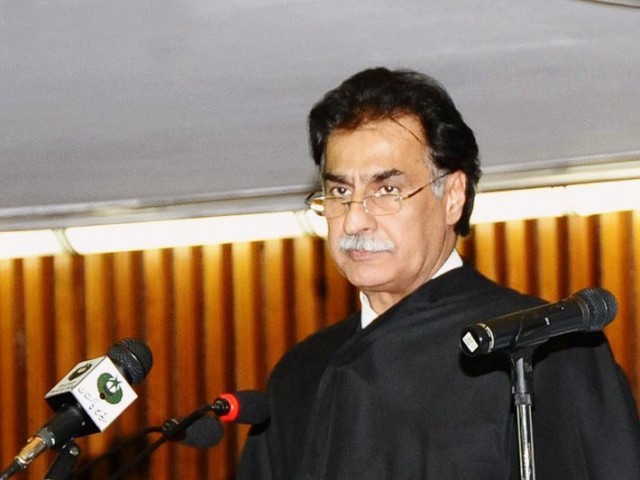 ISLAMABAD: The National Assembly Speaker Sardar Ayaz Sadiq has approached the Islamabad High Court challenging an order of the Pakistan Electronic Media Regulatory Authority (Pemra)’s Council of Complaints which had dismissed his complaint against a private TV channel and its anchor, Rauf Klasra.

The NA speaker’s complaint against Klasra was dismissed on July 31.  In the petition, the counsel said that Sadiq filed an application against Channel 92 and Klasra for accusing him of kidnapping father of a NADRA official to pressurise him to refrain from documenting evidence of alleged rigging during elections in NA-122, from where Sadiq won.

He made Pemra through its chairman, Galaxy Broadcast Network (Pvt) Ltd – 92 News – and Klasra respondents in the petition.  In the petition, Sadiq through his authorised person, Abdul Jabbar, the then Secretary NA, lodged a complaint before Pemra on September 7, 2016, against the false allegations aired by 92 News on September 6, 2016, through its programme “Muqabil”.

Sadiq said that Klasra did not restrict his accusations to appellant but also maliciously involved Sadiq’s elder son, Dr Ali Sadiq, and chairman NADRA in his deceitful allegations.

“So much so, he even maligned the Chief of Army Staff and the institution of GHQ, by alleging that the COAS was in picture of the alleged crime and in fact protected the kidnappers by negotiating the release of the hostage,” he stated in the petition. Petitioner contended that these allegations were extremely outrageous, atrocious and completely false. He said that the allegations not only degraded the constitutional office of the speaker national assembly but also disparaged COAS and armed forces of Pakistan as well.