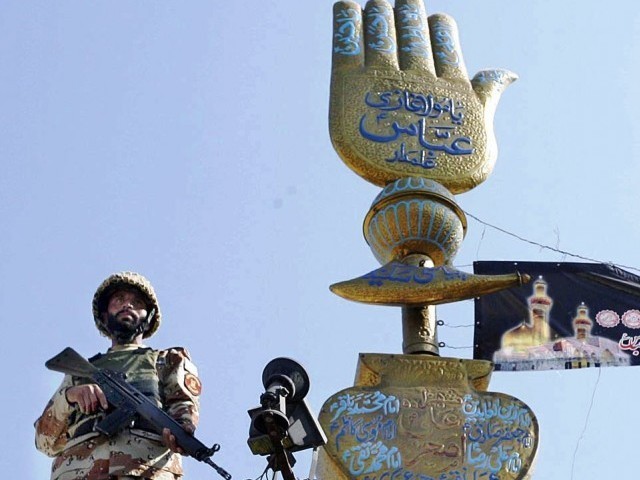 ASTORE: Force Commander Northern Areas (FCNA) Major General Saqib Mehmood Malik and Chief Secretary Gilgit-Baltistan Dr Kazim Niaz visited Safe City Project where they reviewed the security arrangements made for peaceful observance of Muharram. G-B IGP Sabir Ahmed briefed them about the security plan chalked out for Muharram 7 to 10, traffic plans and monitoring of mourning processions through CCTVs and drone cameras. It was told that mobile service would be suspended besides imposition of ban on pillion riding on Ashura day for security reasons. Moreover, Karakoram Highway would also be closed for traffic on Muharram 9 and 10. FCNA and chief secretary also inspected CCTV Control Room from where Gilgit City would be monitored through 256 cameras.