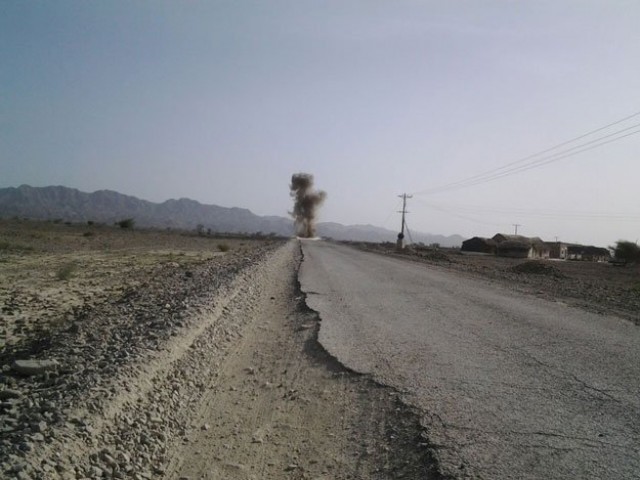 According to levies force, the bodies were found in Tump area of the district, and the deceased were identified as Waleed, Hamid and Irshad, Express News reported.

Quoting official sources, the channel reported that the bodies were said to have gunshot wounds; however, an investigation to determine the cause of death was being carried out.

Sectarian and separatist violence in the province has claimed thousands of lives over the past decade.

Targeted operation ‘to be intensified’ in Balochistan

Last month, two suspected militants were killed in an exchange of fire with security forces in the Hoshab area of the district.

Also in August, security forces had killed four suspected militants in a gun battle in the Kanak area of Mastung district and recovered a huge quantity of weapons, ammunition and explosives from their hideouts.

In May, three labourers building a highway were killed and another was injured in a drive-by shooting in Kech district, some 125 kilometres north-east of Turbat town.

The assault had come days after 10 labourers were killed execution-style in Makran division.