Chinese firms eager to relocate to Pakistan, but there is an issue

Chinese firms eager to relocate to Pakistan, but there is an issue 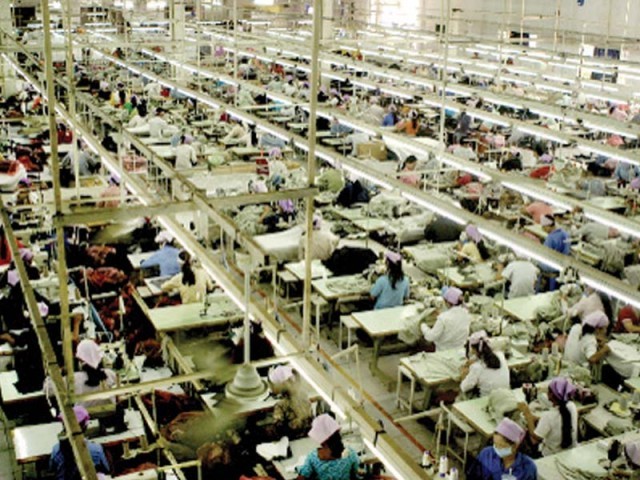 The CCCT is part of the Chinese Ministry of Commerce and is the largest textile and apparel trade agency in the world. PHOTO: FILE

LAHORE: China is eager to relocate its manufacturing units to Pakistan, but there is a hindrance, and it is a long-standing one.

The China-Pakistan Economic Corridor (CPEC) may have brought the two countries closer, but the two are miles apart when it comes to infrastructure development and this is a major reason why investment is hindered.

“Pakistan needs to further improve its infrastructural facilities to motivate Chinese companies,” Chang Liguo, vice director of China Chamber of Commerce for Import and Export of Textile and Apparel (CCCT), told The Express Tribune. “The companies are eagerly looking to relocate their manufacturing facilities to low labor cost countries among which Pakistan is a strong contender.

“The CCCT has lots of member companies, both public and private in textile and other sectors, which are looking for business in Pakistan, but infrastructural issues remain.

“The Pakistani government’s policies, on the back of CPEC, suit our member companies but this is just the first phase,” said Chang.

Pakistan has undertaken its biggest infrastructural investment in history, investing with the help of China in its road and railway networks along with adding power to the national grid. The investments, coming from Chinese companies, will help resolve one critical issue for Pakistan – power outage that has kept investors away from setting up business in the country.

“This is the first step of investment. The second phase includes the establishment of industrial zones along the CPEC route that would motivate the Chinese companies to start relocating their textile units with the help of local counterparts.

“Most of our member countries will wait and see the up gradation of local infrastructure as currently it is not as advanced as China’s or other developed countries’.

“Additionally, Pakistan doesn’t have an industrial chain. On completion of the second phase, which is the establishment of industrial parks, our member companies would initiate infrastructural investments.”

In Pakistan, the CCCT signed a Memorandum of Understanding with Pakistan Readymade Garments Manufacturers and Exporters Association (PRGMEA) last year, through which both bodies will explore trade opportunities by using each other’s platform.

The export of readymade garments showed a positive trend in fiscal year 2016-17, posting 5.55% growth over the corresponding period. The CCCT brought its member companies to local expos twice this year and would reciprocate by helping Pakistani counterparts get business from China, Australia and Canada in exhibitions scheduled for next year.

“This will be a chance for Pakistan’s readymade garments sector to showcase its products to the rest of the world,” said PRGMEA Chairman Ijaz Khokhar.

Demand for readymade garments on the rise