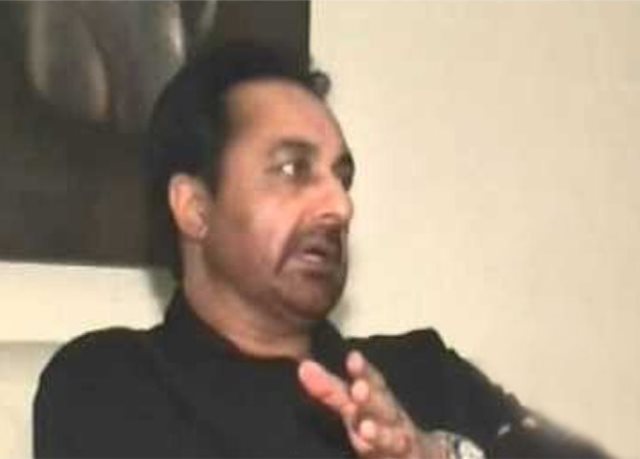 QUETTA: A son of legendary Baloch nationalist politician Nawab Khair Bukhsh Marri has decided to end his self-imposed exile and return home on Friday. Nawabzada Ghazain Marri, who has been living in self-exile for the past 18 years, will return to Quetta in the forenoon.

“I’ve spent 18 years in exile. Now, I want to live rest of my life with my people,” said Ghazain Marri while speaking to a group of Quetta-based journalists by the phone from Dubai.

Ghazain Marri, who has served as home minister of Balochistan in the past, is the younger brother of Balach Marri, the slain leader of the Balochistan Liberation Army (BLA), a terrorist group blamed for most separatist violence in Balochistan.

Hyrbyair Marri, who is now said to be pulling the strings of BLA while living in self-exile in London, is also a brother of Ghazain Marri.

“I’d take a decision about my political future after a meeting with ‘stakeholders’,” he said. “It’s premature to say I’d join any political party,” he said when asked if he would join parliamentary politics.

Ghazain’s decision came days after ‘Free Balochistan’ posters were displayed in Geneva, Switzerland. Pakistan says the BLA was behind the poster campaign.

Subsequently, Islamabad lodged a strong diplomatic protest with Bern for allowing the use of its territory for propaganda by elements linked the BLA.

Asked about the posters, Ghazain said he wasn’t aware of them. However, he said he was surprised by the move and its objectives. “For some, badmouthing Pakistan has become a lucrative business,” he added.

Ghazain said he had made several attempts in the past to return to Pakistan but every time some roadblocks had been created in his way. “Some people are afraid of my homecoming,” he said. “But let me make it clear to everyone that I’ve no ambitions. I accept the ground reality in Balochistan and want to live with it.”

Ghazain heaped praise on his late father, Nawab Khair Bukhsh Marri who, according to him, had stayed put and wage a relentless crusade for the rights of people of Balochistan. “I want to follow in the footsteps of my father and live rest of his life in Balochistan.”

He said extremism should be rejected in all its forms and manifestations, but went on to add that “the common man should get justice”.

Commenting on Ghazain’s decision, Balochistan government spokesperson Anwarul Haq Kakar said the provincial administration has no objection to his homecoming. “If there are any cases against him, he would have to face them in the court of law,” he added.

About the BLA posters, Kakar said those running anti-Pakistan campaigns in Switzerland were not well-wishers of the Baloch people. “India’s heinous face has been unmasked as New Delhi is directly involved in the poster campaign.”

“The people of Balochistan are united under the Pakistan flag,” he said. “And they demonstrate their love for their homeland by celebrating Defence Day and Independence Day from Chaman to Dera Bugti and from Naseerabad to Gwadar with national fervor.”