Following accountability, none from Sharifs will be able to rule the country: Tahirul Qadri

Following accountability, none from Sharifs will be able to rule the country: Tahirul Qadri 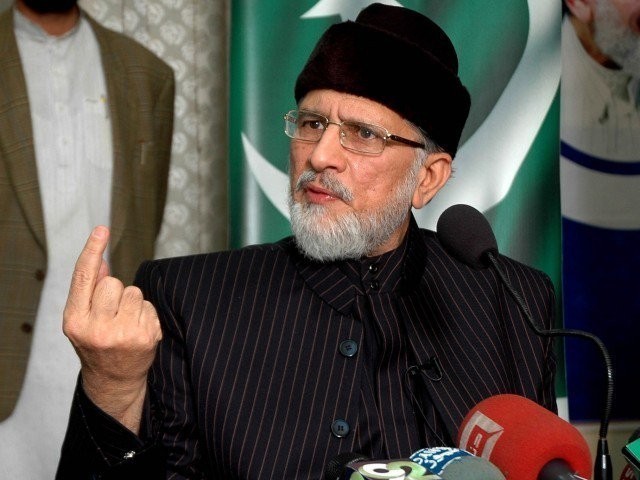 Pakistan Awami Tehreek (PAT) chief Tahirul Qadri has said Nawaz Sharif’s trial has begun, which will not allow anyone from the family to come to power in future.

On June 17, 2014, in police action against the party during an anti-encroachment operation outside the residence of party chief Dr Tahirul Qadri, 14 workers had died as a result of police firing and more than 80 were injured.

“Masses cannot receive justice until the reign of barbarity comes to an end,” he said, referring to the provincial government’s alleged role in the incident, Express News reported.

Qadri, however, appreciated the court’s decision, terming it a positive step towards justice. “Several steps are still needed to be take for justice.”

While demanding that the tragedy’s report prepared by Justice Baqar Najfi be handed over to the victims, he said, “Shehbaz Sharif had assured that the commission’s recommendations will be implemented, but that did not happen.” He went on to add that the inquiry report was deliberately kept secret.

“Were you [Shehbaz Sharif] hiding the report to protect the culprits,” PAT chief asked.

He also demanded that the names of the accused be put on the Exit Control List (ECL). “In spite of this, we did not take law into our hands, we did not lose patience”, he remarked.

On July 28, a five-member Supreme Court bench hearing the Panama Papers case of Sharif family’s offshore assets had disqualified Nawaz from the PM’s office for failing to declare a salary, which he had not withdrawn as an executive of Dubai-based company, as an asset when filing his nomination papers in 2013.