The countr­y seeks to launch tons of recrea­tion centre­s as part of its Vision 2030 plan to reduce its depend­ence on oil
By AFP
Published: September 20, 2017
Tweet Email 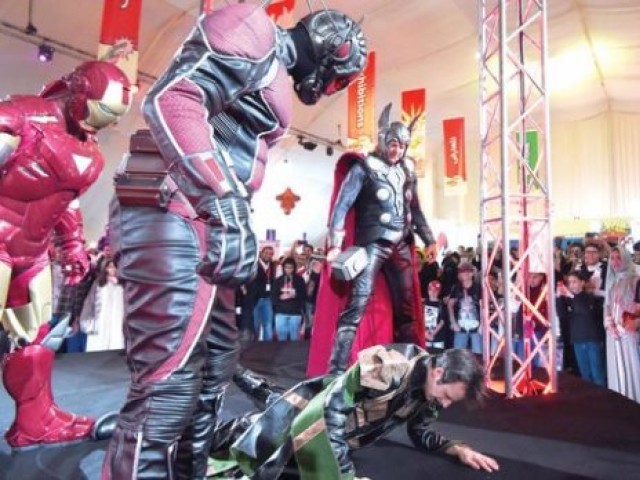 The country seeks to launch tons of recreation centres as part of its Vision 2030 plan to reduce its dependence on oil. PHOTO: AFP

The country seeks to increase domestic spending on entertainment and launch hundreds of recreation centres across the kingdom as part of its Vision 2030 plan to reduce its dependence on oil.

“The Public Investment Fund is in the process of developing a new company to act as its investment arm in Saudi Arabia’s growing entertainment sector,” the Saudi Press Agency said.

“The company, which will have an initial capitalisation of SAR 10 billion, will play an active investment role in various areas of the entertainment sector.”

The unnamed company will invest in a variety of projects, including an entertainment complex that will be launched by 2019, SPA said, adding that it aims to create more than 22,000 jobs by 2030.

SPA did not give further details about the projects.

Alcohol, cinemas and theatres are currently banned in the kingdom, an absolute monarchy and one of the world’s most conservative countries.

Vision 2030, an ambitious economic diversification plan unveiled in April 2016, aims to broaden its investment base to make citizens reliant on private sector jobs rather than on government largesse.

The largest Arab economy is suffering from a sharp slide in oil revenues since crude prices plummeted in mid-2014, forcing Riyadh to cut subsidies and delay projects.