Say onus is on Pakist­ani author­ities to guaran­tee facili­ties to their pilgri­ms
By News Desk
Published: September 13, 2017
Tweet Email 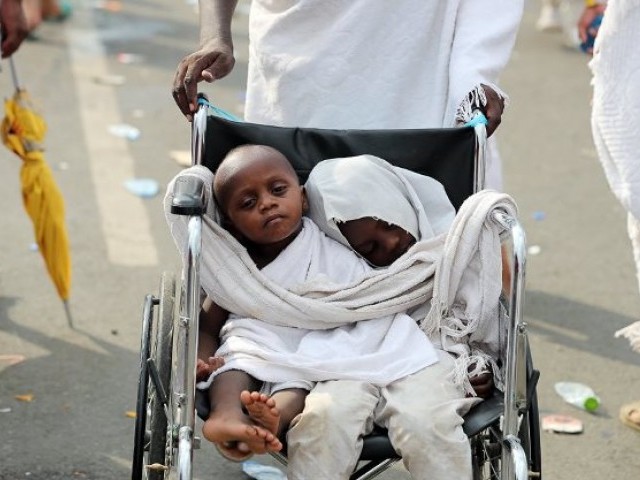 Saudi Arabia has denied the Pakistan’s Religious Affairs Minister Sardar Yousuf’s claim that Saudi companies were to blame for poor arrangements faced by the pilgrims from Pakistan.

A statement was issued by the Saudi embassy wherein the minister’s allegations were described as ‘baseless’.

It read that Yousuf’s claim that the Saudi companies were unable to provide facilities to pilgrims was false.

Saudis ‘apologised for mismanagement’ during Hajj 2017

“Pakistan has struck deals with Saudi companies on its own and all facilities are being provided in accordance with the agreement between the Pakistani government and Saudi companies,” the statement read.

“The onus is on the Pakistani authorities to guarantee accommodation and facilities to pilgrims who have come from the country.”

The statement also read that visas for Hajj and Umrah would not be issued without the verification of the agreement.

On Monday, the federal government had claimed that Saudi Arabia had apologised over ‘their mismanagement’ at Mina and assured that next year all-out efforts will be made to provide best possible facilities to pilgrims from Pakistan.

A large number of people who performed Hajj under the government scheme had flooded the official Facebook page and Whatsapp group of the ministry with complaints regarding mismanagement in Saudi Arabia.

They complained that due to the unavailability of transport, and tents at Mina, they had to suffer a lot. A group of angry pilgrims also had a heated exchange with the federal minister for religious affairs over his department’s failure to provide adequate facilities.

On September 7, a video was uploaded on the ministry’s official Whatsapp group, that showed Religious Affairs and Interfaith Harmony Federal Minister Sardar Muhammad Yousaf being cornered by an angry group of pilgrims.

They criticised the government for failing to provide adequate facilities to them during Haj and did not let the minister get a word in, despite his best efforts to answer questions.