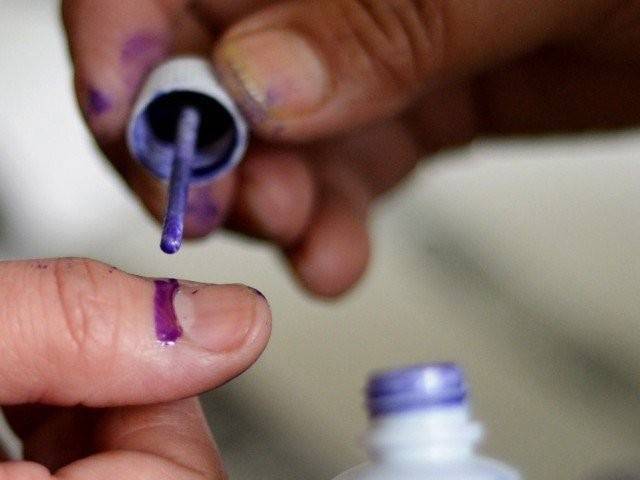 ISLAMABAD: The Election Commission of Pakistan (ECP) made it clear on Saturday all the voters of the NA-120 constituency were eligible to cast their vote in Sunday’s (today) by-election, even if their fingerprints were not available with the National Database and Registration Authorities (NADRA).

The ECP statement came amid controversy over unavailability at NADAR of the fingerprints of over 29,000 voters of the Lahore constituency where the by-election was announced after the former prime minister Nawaz Sharif was disqualified on July 28.

The ECP had earlier planned to test-run the electronic voting machines (EVMs) and the biometric verification machines (BVM) in the by-election and sought from NADRA data of all 321,786 voters registered in the constituency.

Voting machines to be used in NA-120

NADRA last month provided the data. However, the ECP on analysis of the data found that the biometric fingerprints of 29,607 voters of the constituency were missing. After accessing the situation, the ECP decided to shelve plans for use EVMs.

However, it would go for test-run of the BVMs at 100 selected polling booths. The ECP had procured 150 EVMs and announced to conduct first pilot project of these machines in this constituency.

In a statement issued on Saturday, an ECP spokesman said these 29,607 voters are the people whose identity cards were issued by NADRA in its early days when it had not started keeping fingerprint record of people and before issuing the computerised national identity cards (CNICs).

“The actual vote in the constituency will be carried out through conventional manual voting, [so] missing finger print record would not have any impact. The rest of the relevant credentials of these voters are available with NADRA and their pictures are printed on voters list provided to all the candidates and the polling staff,” the statement added.

The spokesperson said the ECP has also displayed details of these voters at district election commissioner’s office for public scrutiny on the Lahore High Court’s directives.

Earlier on July 9, the ECP was also unable to test biometric thumb verification machines during by-election to the Sindh Assembly constituency, PS-114, because NADRA had failed to share data of the constituency.

The Election Bill 2017, commonly known as Electoral Reforms Bill, has been passed by the National Assembly and is now under consideration in the Senate. It has the provision to shift to modern technology gradually in order to make the election process transparent.

However, due to shortcomings of the allied departments and technical issues, it seems that the ECP might not be able to use EVMs and BVMs in the near future — at least in the upcoming 2018 elections.

Pakistan ‘not prepared to detect and respond to health threats’: WHO report