Shehba­z Sharif says people of Pakist­an are proud of their friend­ship with Turkey­
By News Desk
Published: September 15, 2017
Tweet Email 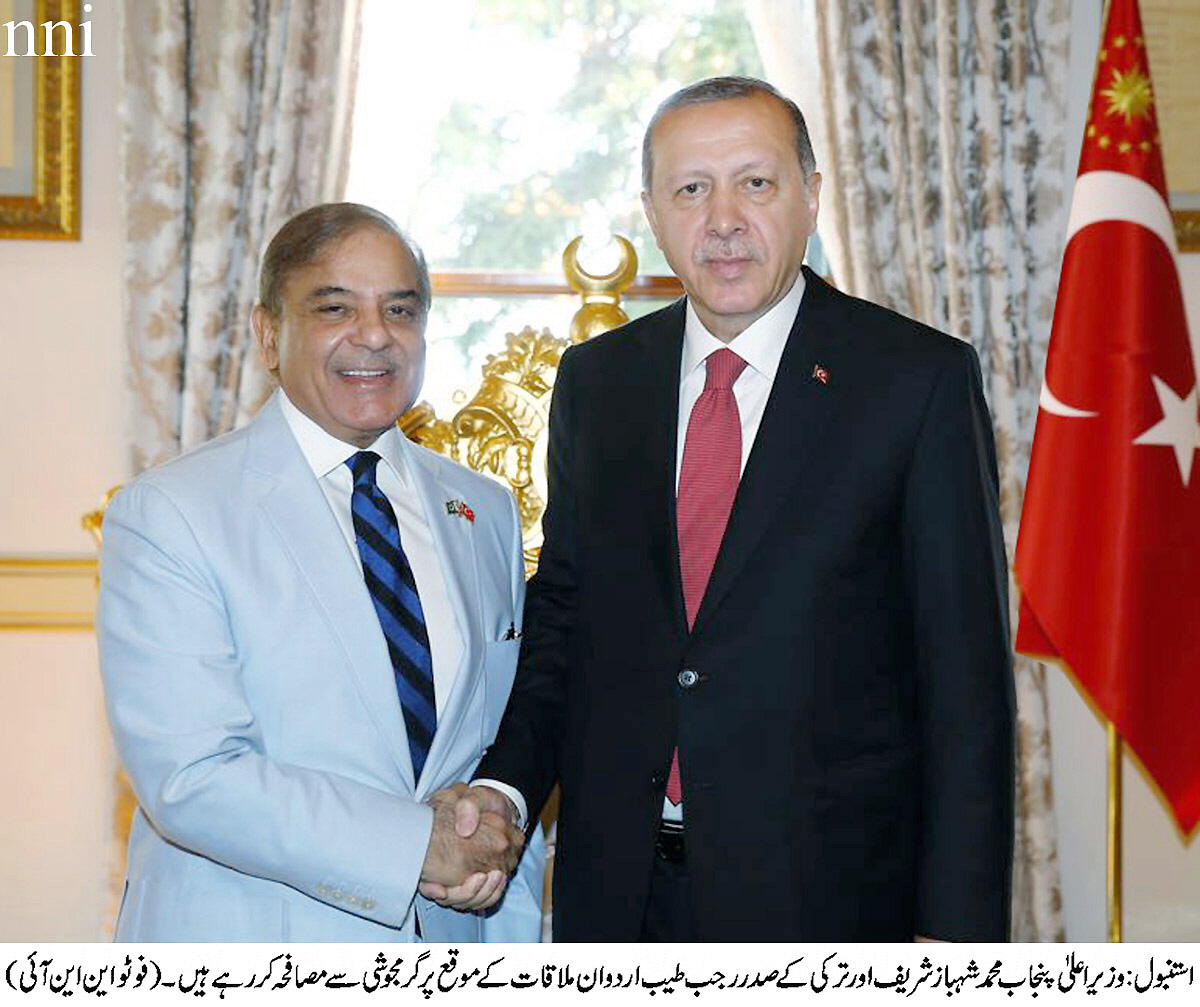 According to a statement, the chief minister said the people of Pakistan are proud of their friendship with Turkey. “In recent years, the solid cooperation between the two countries in different sectors has given new dimensions to the friendship. Pakistan and Turkey have always helped each other and they will stand side by side in the future as well,” Shehbaz added.

Erdogan said projects initiated in collaboration with Turkey in Punjab were symbols of Pak-Turk friendship.

“Under your leadership, the journey of development and prosperity of the Punjab is commendable and the efforts of Pakistan government for the provision of energy as well as the eradication of terrorism are worthwhile,” Erdogan told Shehbaz.

The Turkish president also inquired about the health of Kulsoom Nawaz, who’s suffering from lymphoma and is under treatment in London.