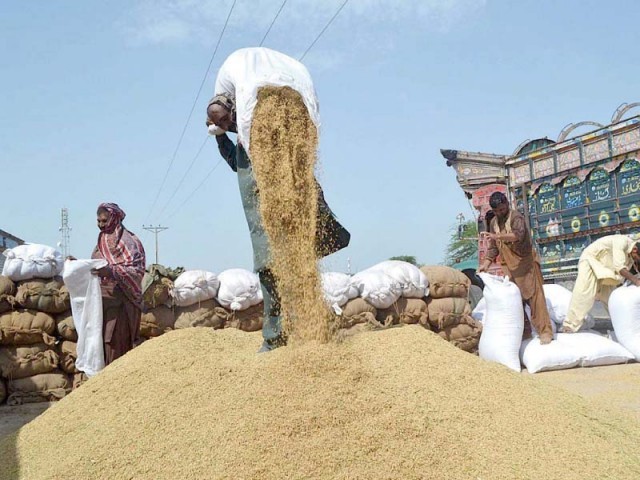 Labourers spreading rice for drying purposes at a warehouse in Sargodha. PHOTO: FILE

MULTAN: Experts have discovered a technology for cultivation of rice without standing water and it would be adopted by farmers within next five years.

This was said by Agriculture Director-General Dr Abid Mahmood on Thursday, a press release issued by media liaison unit of Punjab agriculture department stated. He said that experts were busy in research and developing new technologies to improve profitability for farmers.

Dr Abid maintained that contrary to hard labour done by farmers in Pakistan, the USA farmers throw seed on the field by planes. He said that agriculture department was making efforts to enable farmers adopt modern technologies so that they can earn higher profits against less labour.

“The new rice sowing technology that requires no standing water for sowing would enable farmers cover maximum area in shortest possible time with lesser manpower,” the agriculture DG pointed out.

He said, “Pakistani rice is known for its quality, taste and aroma all over the world and the provincial government is making efforts to create awareness among farmers to adopt modern technology for enhanced exports.