Seven new films are all set to hit screen­s this year and gruell­ing work has commen­ced in studio­s to make this possib­le
By ADNAN LODHI
Published: September 12, 2017
Tweet Email 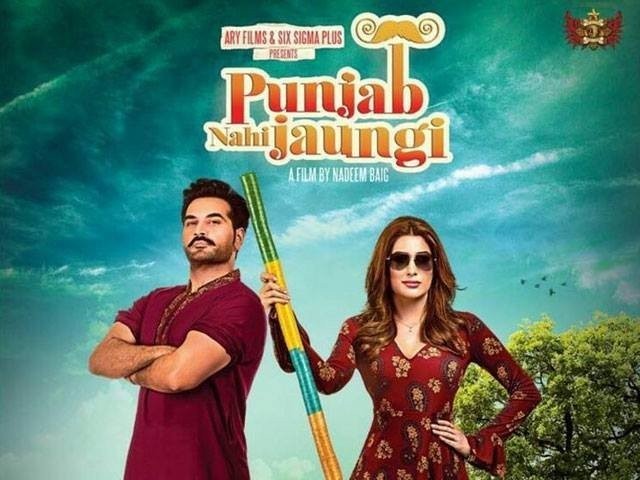 LAHORE  : After the massive success of the recent Eid releases, seven new Pakistani films are all set to hit screens this year and gruelling work has commenced in local film studios to make this possible.

Local distributors are avoiding the release of new films in October due to the holy month of Muharram. Therefore, Sayed Atif Ali’s film Pari, Producer Sohail Khan’s Shor Sharaba and Director Sangeeta’s film Tum Hi To Ho will all be releasing in November, while December is reserved for the release of Arth 2, Rangreza, Chupan Chupai and Maula Jutt 2.

Following the success of Punjab Nahi Jaungi and Na Maloom Afraad 2, local film distributors have shared that they are planning to strengthen the Pakistani film industry. They hope that the public will see local films dominating cinemas within the coming months too. Cinema owners were chuffed with the positive response that both these films garnered and the industry’s stake holders experienced a well-deserved boost.

It is pertinent to mention that this year witnessed the release of many films. These include Mehrunisa V Lub U, Yalghaar, Balu Mahi, Whistle and Thora Jee Le. However, all of them proved to be disappointing at the box office. Due to this, film producers were hesitant to release films fearing heavier losses. However, the recent successes have provided the confidence that the Pakistani film industry’s insiders required, leading to the announcements of the release of seven new films.

‘Na Maloom Afraad 2’ vs ‘Punjab Nahi Jaungi’: Who stole the show at the box office?

“I am releasing my film in November as I think that it will be the right time to release Shor Sharaba. There were many factors involved for not releasing films due to the political and business situations, and no one will appreciate to bear losses after spending millions,” shared senior film producer Sohail Khan.

“The release of Pakistani films has been kept to a minimum this year as compared to last year. A total of 53 movies released last year whereas this year only held 28, including Urdu, Punjabi and Pashto,” revealed Director Altaf Hussain.

He added, “We are hopeful though, as we finally had profitable films on the big screens this Eid. We are expecting good results and many people in the film industry are making decisions on launching future projects due to these profits.”

Would love to work with Kareena Kapoor Khan: Humayun Saeed

The Chairman of the Pakistan Film Distributor’s Association, Ch Ejaz Kamran also articulated his thoughts on the situation. “No one was willing to start new film projects due to the losses incurred by the film industry. However, the stake holders are now optimistic and ready to invest in more films as it seems like the last two months only saw Pakistani films dominating the cinemas,” he stated.

He continued, “We have struggled a lot for our local films to excel. The whole industry has shown endless efforts to promote our films within the last five years and this year, we will reap the rewards.”