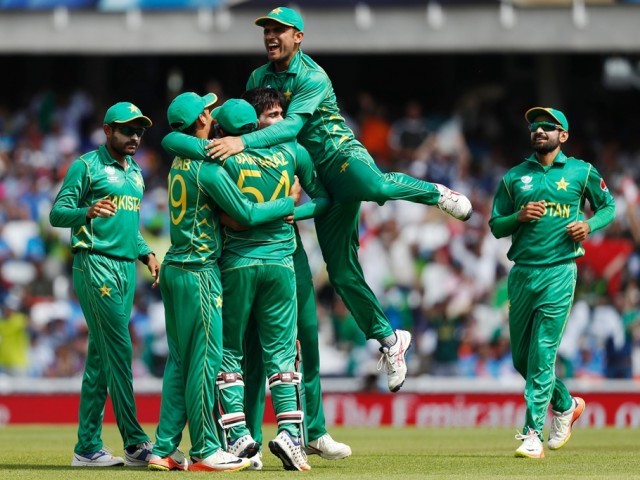 BENEFIT OF THE WHOLE: Cutting believes that bringing a World XI team to Pakistan is a big thing for the cricket-hungry country and the move will eventually benefit international cricket as a whole. PHOTO: AFP

Cutting, who is one part of the Faf du Plessis-led World XI, believes the security situation has become better in Pakistan; one of the primary reasons the tour materialised.

“Obviously there’s not been a lot of international cricket played there since 2009 when the Sri Lankans toured, but I think things have changed a bit since then,” Cutting told cricket.com.au. “They played the PSL final there earlier this year which went off without a hitch, and a few overseas boys were a part of that. I spoke to a few of those guys, they were happy with it all, and I spoke with the security guys when I made my decision.

The 30-year-old added that bringing a World XI to Pakistan is a big thing for the cricket-hungry country and the move will eventually benefit international cricket as a whole.

“It’s a big thing for world cricket to be able to take this sort of game there — a World XI against Pakistan,” he said. “Hopefully it goes well, I believe Sri Lanka are touring after us, and that might start the ball rolling for other international teams taking cricket back to Pakistan, which can only be a good thing for world cricket.”

On decision to visit Pakistan

Cutting’s peers like many other cricketers would have had reservations about him visiting Pakistan, but he convinced them by telling them the importance of the tour.

“They all trusted my decision,” he said. “They understand it’s a pretty important game to be a part of, not just for myself but for cricket in Pakistan. So they’re comfortable with it.”

‘Excited to be part of World XI’

Before the advent of domestic T20 leagues, World XI fixtures against regional XIs, such as Asia XI, were played with regular intervals, and Cutting says he can’t wait to be a part of such a star-studded team.

“I remember watching World XI games as a kid, I think they played Australia at the MCG at one point in time,” recalled Cutting. “So I’m pretty excited to be a part of it.”

Former England captain Paul Collingwood will join the likes of Hashim Amla, Imran Tahir, George Bailey, Darren Sammy and Samuel Badree in the World XI and he believes he has a lot of reasons to be a part of the history-making tour.

“There are lots of reasons why I’m looking forward to playing in the World XI T20 tour of Lahore,” he told ICC. “Hopefully this can be a significant step in helping Pakistan host international fixtures again after eight years of playing in other countries, including their home series in the United Arab Emirates and England.”

The 41-year-old added then praised Pakistan’s accomplishments despite playing in the UAE as their home away from home.

“Despite that [playing away from home], I have to say I’m not surprised that they still topped ICC’s Test Team Rankings last year and won the ICC Champions Trophy 2017, because when it comes to cricket, they’re a hugely-talented nation,” he said.