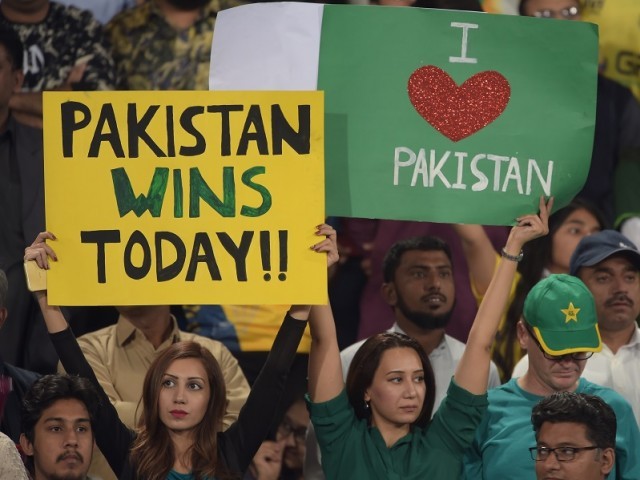 ECHOING OPINIONS: Umar Gul believes PCB will have to organise a few matches of the West Indies or the Sri Lanka tour in Karachi as well to quench the thirst of fans in the city. PHOTO: AFP

Pakistani right-arm pacer Umar Gul is delighted with the World XI tour’s to the country after the fans were deprived of a high-profile tour since the 2009 attack on a Sri Lanka team bus.

Pakistan, in attempt to end international cricket’s exile from the country, proposed that a team comprised of big names of the cricketing world travelled to Lahore to play three T20Is and their wish was granted when a South African captain Faf du Plessis-led side was announced.

“This is fantastic news for Pakistan cricket followers,” said Gul while talking to PakPassion. “It is great to hear top players will be visiting Pakistan and I hope and pray that all goes well on this tour. One must thank the Pakistan Cricket Board and its chairman for turning the idea into reality. I feel that a successful tour by the World XI will serve as an important first step towards a full resumption of international cricket in Pakistan. The Sri Lanka and West Indies teams will also hopefully visit Pakistan after they see how well the World XI’s tour of Pakistan goes, especially in terms of the overall security situation.”

Choice of Lahore as venue

PCB’s effort to bring international cricket started with the Zimbabwe tour in 2015 and since then all visiting players and teams demand Lahore to be the venue for the games they are going to particpate in.

Meanwhile, Gul, echoing the opinions of many others who believe Karachi should also be brought into the mix of matters, said a few games should be hosted in the financial capital as well — not now, but later for sure.

“The PCB have chosen a venue for the upcoming games against the World XI based upon security considerations and I have no problem with that,” he said. “Once the Independence Cup is over and is conducted in a satisfactory manner then we should consider playing some of the games against the Sri Lanka or West Indies in Karachi so that they can be considered safe as well.”

Gul last represented Pakistan during their tour of England where he was a part of the final eleven in just three ODIs and bagged three wickets for a hefty 162, however, he feels he can prove his fitness and credentials in the domestic circuit to make a comeback.

“I have been working very hard in the past few months and feel totally fit at the moment,” he said. I took part in the Pakistan Cup in April this year where I took seven wickets in three games. Looking ahead, I will be taking part in the National T20 Cup for Islamabad. Beyond that, I am also looking forward to the Quaid-e-Azam Trophy where I would like to show the world that I am back to my best and wish to play for Pakistan again.”