"If a pagean­t doesn't want to utilis­e my capabi­lities becaus­e I am a size 10, then it's their loss"
By Entertainment Desk
Published: September 1, 2017
Tweet Email 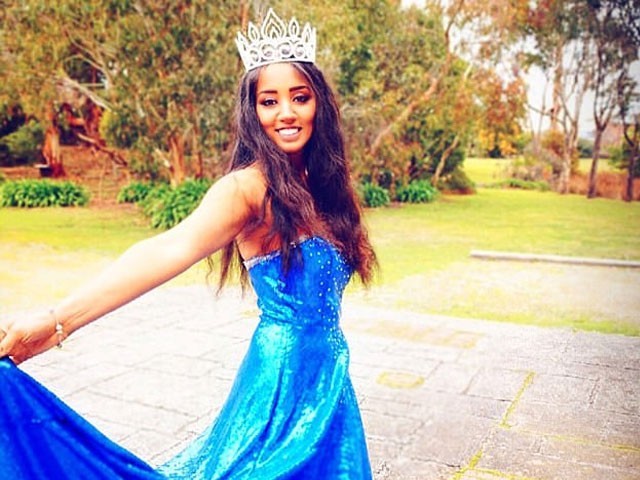 Winner of the pageant Miss UK, Zoiey Smale decided to return her title when she was told to ‘lose as much weight as possible’ if she wanted to stand a chance in the following round at Ecuador reported the Daily Mail.

Zoiey became the flag-bearer of positive body image as she refused to succumb to pressures of unrealistic beauty standards. Reportedly, the contestant was pestered by the organisers at Ecudor to loose a few inches which really offended the participant and instead of competing for the title of Miss Continent in the following round of the pageant,  the size-ten-beauty gave up her title as Miss UK.

“It was one of those things, in the 21st century you don’t actually expect people to be that blunt,” the model reasoned.

“It’s horrible and it made me feel so rubbish about myself for a long, long time. I said to my director, who was really supportive, that I don’t think someone should say that to girls, it’s awful and it’s horrible and it’s wrong,” informed the Daily Mail.

“I don’t think to be a good role model you have to be stick-thin and I explained my reasoning that way,” she asserted.

Smale has previously suffered from an eating disorder and felt that her quest for unrealistic beauty standards and the fat-shaming she was subjected to might prove to be detrimental to her health. Hence, the pageant candidate stood up for what she believed in and renounced her title.

“I don’t think it is right to have my face representing a pageant ethos I do not believe in,” read a Facebook post of Zoiey.

“If a pageant doesn’t want to utilize my capabilities because I am a size 10, then it’s their loss,” she wrote.

And of course, owing to her brave move, the fierce contestant found herself many fans who took to Twitter to show support.

Have a look at their tweets here:

So glad you stood your ground on this! pic.twitter.com/rHUpvuWq7j

https://t.co/LiNHroOg2K'r an example to thousands of women who feel complexes with their bodies in cons of the wrong new standards of beauty