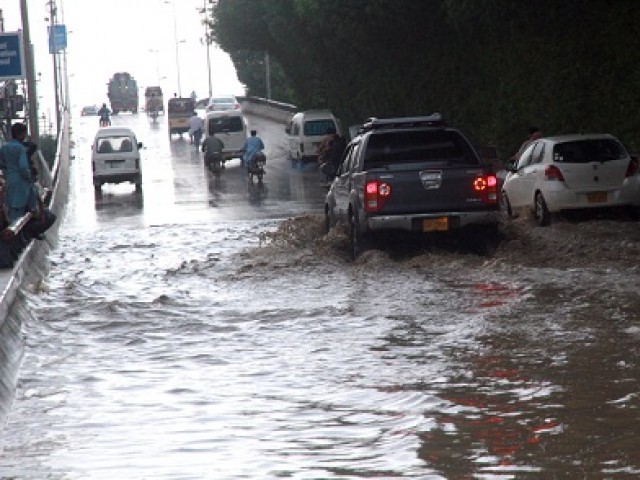 In some areas of the city, the power outage lasted for as long as 23 hours. PHOTO: ATHAR KHAN/ EXPRESS

KARACHI: The recent spell of rain in Karachi was accompanied by an interruption in power supply to many areas of the city. As the showers started Wednesday night, residents of many areas, including North Nazimabad, Shadman Town, Orangi, Buffer Zone, Landhi, Korangi and Lyari, suffered power loss as around 80 K-Electric (K-E) feeders tripped across the city.

Some areas witnessed a repeated cycle of suspension and restoration of power supply after short intervals, while others had to suffer power outages for hours. The misery of people in such areas was exacerbated due to the unresponsive attitude of the power utility representatives.

According to K-E Communications Director Sadia Dada, 80 feeders were affected after the rain, out of which a few were disconnected as part of safety precautions. Dada added that the restoration work on around 40 tripped feeders could not be started till Thursday evening, as many areas were submerged in rainwater due to urban flooding.

In view of the weather conditions, the education department declared Thursday a holiday at all schools across the province.

With the four official holidays announced by the government for Eidul Azha starting from Friday, the holiday on Thursday resulted in five consecutive days off for students.

Some private schools had already announced that they would remain shut on Thursday due to unpredictable weather conditions following the warning of heavy rains issued by the Provincial Disaster Management Authority.

Saadi Town in danger after breach in Thaddo Dam