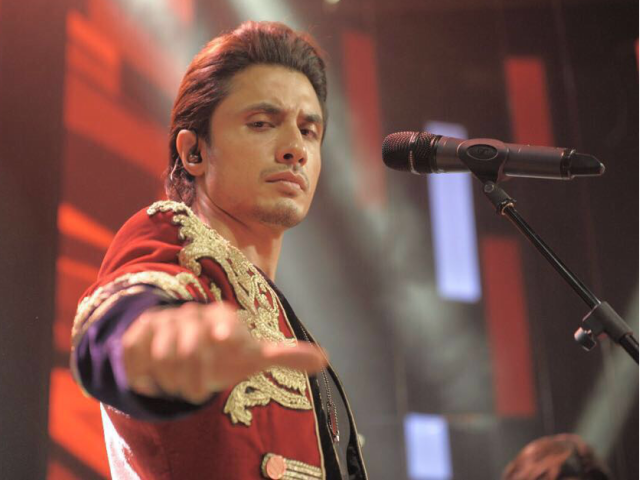 PHOTO: IMPENDING: Titled ‘Julie’, Zafar is excited to take it a notch further than Rockstar’s tongue-in-cheek libretto we kept humming to. A blues-powerhouse, Julie comes out today in CS’s fourth episode.

Emboldening and supremely diverse, Ali Zafar is one of the very few people I find practically strenuous to introduce. With a career lapping over a decade, Ali has successfully shifted between music and acting. After the temporary conclusion of his acting chapter in Bollywood, Zafar is currently looking inwards and that’s great for the local entertainment industry.

A usual suspect at Coke Studio (CS), Ali’s absence last season after the success of Rockstar and Ae Dil in its installment before that, was appalling, if one may say so. Speaking to The Express Tribune, he says he “deliberately took a break” for living up to his unpredictable and experimental self. He does return in the music show’s ongoing season, wholeheartedly celebrating a decade’s contribution to the ailing music fraternity.

His first track this run, Jaan-e-Bahaaran paid homage to the late musician, Master Inayat Hussain by fusing his own approach with the old school filmy tune. However, his next is what has him most ecstatic. Titled Julie, Zafar is excited to take it a notch further than Rockstar’s tongue-in-cheek libretto we kept humming to. A blues-powerhouse, Julie comes out today in CS’s fourth episode. 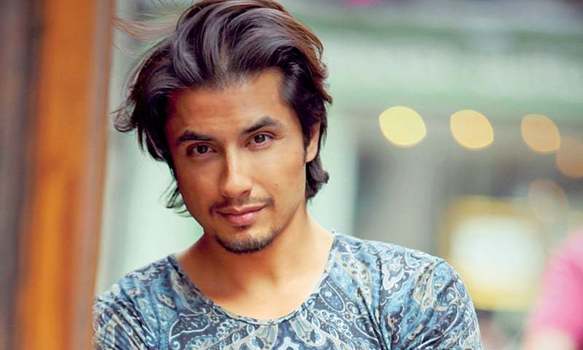 “Julie, I’m most excited about. It’s my own composition and lyrics, and it’s a fun, peppy song with a very interesting arrangement,” he began. “You’ll get to hear my own style in that song, in fact, I wanted it to be the title track for my next album that I’m currently working on, but I asked Shani Arshad, who ended up producing it, to listen to it and he then wanted it to be at CS this year.”

Whilst Ali voices Julie, his younger brother and budding star, Danyal Zafar takes the lead guitar. In general, CS this year has been accused of a higher dose of family partiality compared to its previous seasons, as not only does it introduce Danyal, but a number of star-kids. Ali, who hasn’t shed light upon the accusations of nepotism, says he doesn’t feel the need to address it.

“I know how talented he (Danyal) is, what you’ve seen of him so far is just a tip of the iceberg,” he says with expected, yet modest pride and optimism. “Having said that, he is my brother and I love him, but from the very beginning I told him that your journey and your struggles will be your own. If there is such criticism, he will have to prove himself.” 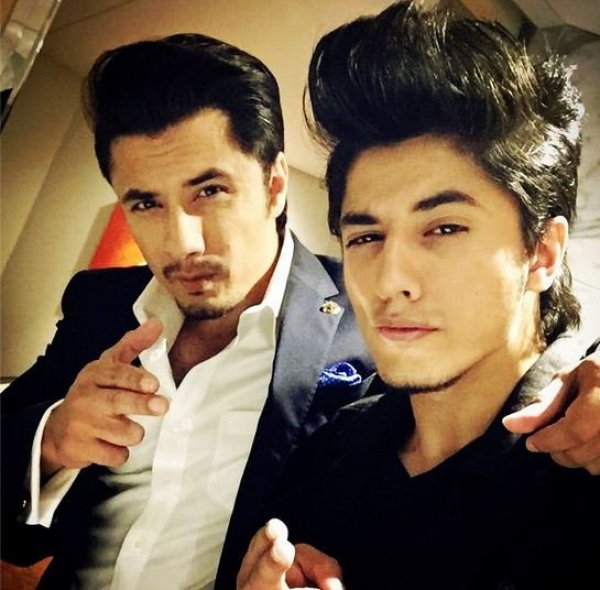 Indifferent towards such criticism, he sees initial denunciation as normal. “I remember when Channo came out, back in 2003, I also faced a lot of criticism, so I think negativity does come, but I think it can never be responded to or dealt with negativity only,” he said of retorting with one’s work. “What I had back then was confidence and I knew that I have more to offer, and it’s been fourteen years since. Similarly, with time people will see and understand Danyal’s music more.”

That said; to paraphrase Dylan Jones, Frank Sinatra belonged to an age where celebrity was a function of real talent and not just a webcam. The landscape in Pakistan also, since Ali first stepped foot in the industry, has greatly evolved and probably not for the better.

It is borderline alarming to see massive social media presence and plethora of followers on Instagram conveniently replaces substance and aptitude. Ali also opines on this, suggesting,

“Previously, you had to go through a very tough process in order to have yourself tele-casted on television, and have people watch you or witness your talent,” the Kill Dil-actor recalled without sounding victimized. “Yes, social media has made it easier for this generation, but I feel only those survive who refrain from opting for short-cuts for fame.” 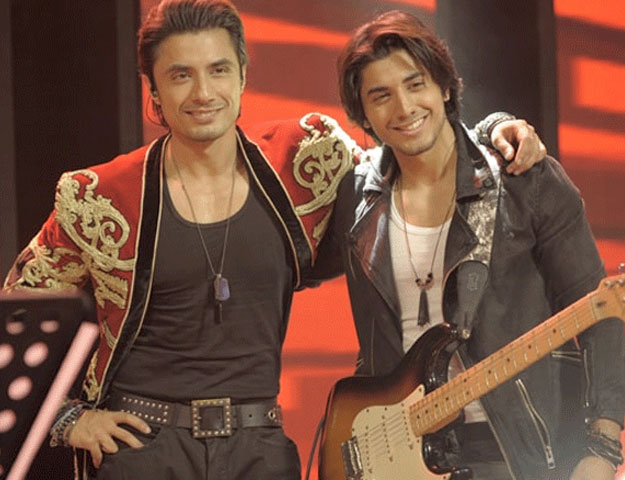 He also spoke of its consequences and the lack of zeal in he observes in the fraternity. “Becoming famous or known will not serve you with your ultimate purpose in life; what I’ve learnt is that there’re bigger things in life to aspire for than becoming rich and famous. I see a lot of kids wanting it all overnight without actually putting in hard-work,” he commented on a parting note.

Apart from Julie, Zafar is anticipated to feature in two more melodies this season. He will be seen (and heard) in a duet with Natasha Khan in ‘Strings’ own production. A romantic ballad where Zafar will sign off, singing in Pashto! Lastly, he pays tribute to Junaid Jamshed alongside Ali Hamza of ‘Noori’ with a rendition of Uss Rah Par, and will also be joined in by ‘Strings’ themselves.

Not only is Ali the only artist this season to bag himself four tracks and one of the only to be featured on both its landmark seasons – first and tenth – but he also has a busy year planned ahead of him. The first feature film of his production house, Lightingale Productions, director Ahsan Rahim’s hugely anticipated Teefa in Trouble opposite Maya Ali has entered its post-production phase, while he simultaneously composes his fourth studio album. There’s a lot that Zafar has in store and it’s safe to say we can barely wait for them all.