If clears the proces­s, it will start with Feroze­pur Road in first phase
By Imran Adnan
Published: August 30, 2017
Tweet Email 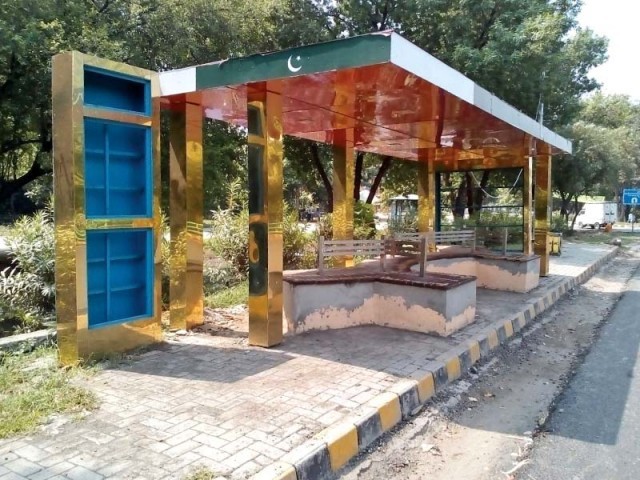 LAHORE: A renowned foreign advertising agency has expressed an interest in developing state-of-the-art bus shelters in the city, The Express Tribune has learnt.

“The bid submitted by the foreign company seems interesting but it has to pass through a competitive bidding process,” he said. “After it qualifies and fulfills public procurement requirements it will start building modern bus shelters on Ferozepur Road in the first phase,” he said.

The French advertising agency, Sumbal said, is renowned for its innovative advertising and street furniture solutions. It has a presence in almost 75 countries in the world, including countries in Europe, America and Asia. In public-private partnership mode, the company would build around 130 to 150 bus shelters that would be equipped with digital advertising solutions, electronically controlled public toilets and broadband Internet access.

The company has expressed its interest in developing modern bus shelters on Ferozepur Road, main Boulevard, Jail Road and Ring Road. “If the project remains successful the government will try to ask the foreign company to build bus shelters in other areas of the city too,” he added.

Sumbal said that India has recently awarded a similar contract to the same company for 20 years. “We are also working on a similar model in which the company will share advertising revenue with the Parks and Horticulture Authority (PHA) which is currently facing a financial crunch as the provincial government has cut its major income source by removing billboards from major city roads,” he maintained.

Responding to a question, Sumbal said negotiations are in advance stage with the company but it will take some time to set modalities and complete the bidding process.

Public transport, bus stops not so secure for women

These new bus shelters have modern design but special attention has been paid to architectural elements so it remains in sync with buildings around them. Designs of these new bus shelters were selected through a competition in which Punjab University, Beaconhouse National University and COMSATS participated.

Khan said that currently government agencies were facing problems in maintaining these new bus shelters because several incidents of theft of solar panels, batteries and lights have been reported.

“We have constituted a team of PHA, Lahore Transport Company and private electrical contractors that is monitoring these bus shelters daily to avoid any such incidents,” he said.

He added that these bus shelters are meant for commuters’ convenience so citizens should also take care of these public facilities as the government has invested Rs40 million from the public exchequer to build them.

Animal ornament vendors make the most of Eidul Azha