Three of the accuse­d have alread­y been taken into custod­y
By Shamsul Islam
Published: August 28, 2017
Tweet Email 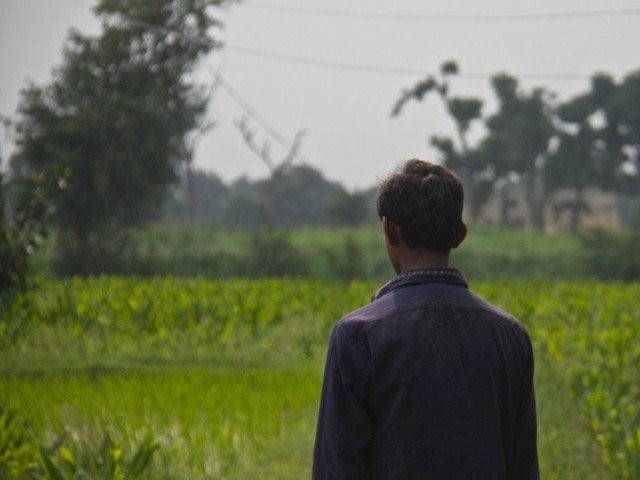 FAISALABAD: A landlord brutally tortured a tenant farmer in Chak No9 Shumali, Teshil Bhalwal of Sargodha, cutting off his ear and inflicting other horrific injuries.

Muhammad Riaz’s buffalo had wandered in landlord Irshad Ashraf’s fields, grazing in his fields. The landlord got infuriated and decided to teach him a lesson. On Saturday, he asked his brothers, Naveed and Asghar and six other men to bring Riaz to his Dera. They allegedly blindfolded him, forced him to swallow some poisonous chemical, pulled out his nails with pliers, chopped off one of his ears and broke his legs.

The victim was admitted to the District Headquarter Hospital, Sargodha where his condition is stated to be critical. SHO Saddar Muhammad Akram told The Express Tribune that Ulfat Hussain, the farmer’s cousin, filed a complaint and police were awaiting for the medico-legal report from the hospital to book the landlord and his accomplices. He added that three of the accused, Naveed, Asghar and Sajjad, had already been taken into custody.

The complainant told the police that no one in the village had dared to come to rescue his cousin when he shouted for. When Riaz fell unconscious, the landlord and his accomplices threw him outside his house and threatened his family that they would kill them if they informed the police about the incident.

The medical officer of the DHQ hospital told The Express Tribune that although the victim’s condition was improving, he was still in critical condition.

Riaz, 52, works as a labourer and is father of two children.