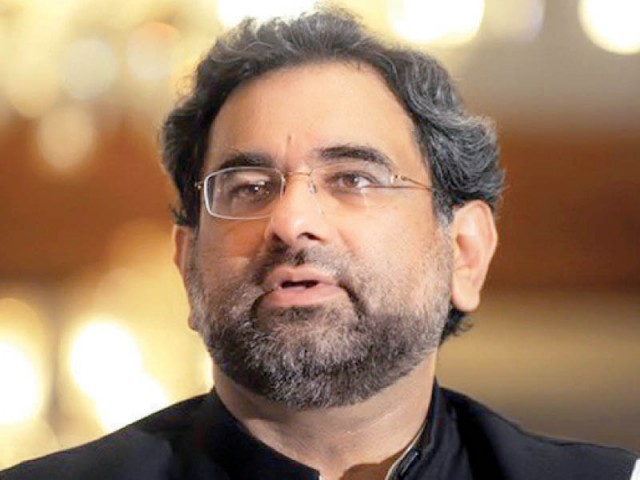 ISLAMABAD: Prime Minister Shahid Khaqan Abbasi will take a decision on including Haroon Akhtar Khan in his cabinet next week, after taking Finance Minister Ishaq Dar into confidence, as the premier’s earlier move to drop Khan from the cabinet has surprised many.

The federal government has brought back almost the entire cabinet that worked under ex-PM Nawaz Sharif, including the advisers and special assistants. Chaudhry Nisar Ali Khan is a notable omission from this list, most probably due to his differences with the party leadership.

In the last cabinet, Akhtar was the special assistant to prime minister on revenue. Abbasi is expected to meet Dar in the coming week to discuss Akhtar’s appointment, sources said.

They said the new PM did not have any issue with Akhtar’s induction into the federal cabinet, but wanted to take the finance minister into confidence before making the move.

The matter will also be discussed with Nawaz as the PM is also expected to meet him in Lahore next week.

Abbasi completed the process of appointing federal ministers, ministers of state, advisers and special assistants this week. According to sources, the finance minister requested the former PM Nawaz that the special assistant on revenue should be appointed with his consent.

Dar and Akhtar have had an uneasy relationship for quite some time, sources said. Unlike in the past, Dar did not take Akhtar into confidence before picking Tariq Pasha as new Federal Board of Revenue (FBR) chairman. Pasha, a grade-22 officer, was serving with Dar as his special assistant.

Dar was also said to be unhappy with the growing influence of Akhtar, particularly during Mohammad Irshad’s tenure as FBR chairman. Irshad’s successors kept a check on the special assistant.

The finance minister did not want to share his remaining areas of responsibility with others, particularly after his powers had been significantly curtailed in Abbasi’s cabinet. The government has separated the Statistics and Privatisation Divisions from the finance ministry, leaving only finance, revenue and economic affairs under Dar’s purview.

Dar has also been removed from the chairmanship of all economic committees of the federal cabinet. Abbasi has not even retained Dar as member of the Cabinet Committee on Privatisation.

Abbasi has appointed Dr Miftah Ismail, Privatisation Commission chairman under Nawaz, as his special assistant on economic affairs. Ismail is working from the Prime Minister’s Office and is visible in important meetings alongside the prime minister.