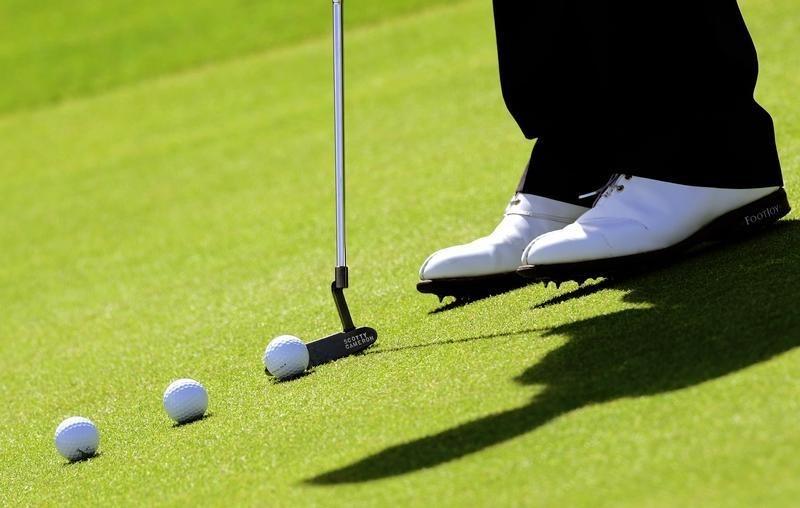 Through their counsel Muhammad Faisal Khan, the two golfers told the high court that they have been barred from the club for several months without any valid reason. PHOTO: REUTERS

ISLAMABAD: After coming under fire earlier this year for barring the entry of maids and child caretakers beyond a certain point, the elite Islamabad Club has now allegedly “humiliated” top professional golfers by initially barring them from entering and using the Club House facilities and later on placing an embargo on their entry into the club’s premises.

The Islamabad High Court is hearing a petition filed by Muhammad Shabbir Iqbal, who remained Pakistan’s No. 1 golf champion for 18 years and won 10 gold medals, and three-time gold medallist Azhar Hussain Bokhari, who both approached the court against the “social and class discrimination” by the club authorities.

Through their counsel Muhammad Faisal Khan, the two golfers told the high court that they have been barred from the club for several months without any valid reason.

Based on their petition, Justice Aamer Farooq has issued notices to the administrator of the Islamabad Club, the secretary of the Islamabad Club Golf Course and the federation through the Ministry of Capital Administration and Development for September 28 sought their written response as well.

The two golfers have also made the Federal Golf Association, Pakistan Golf Association and the President of Pakistan, being the patron of the Islamabad Club, as respondents.

Counsel Khan told the court that his clients were barred from availing the dining and refreshment facilities in the Club House since November 2016, and on May 26 this year, the club authorities restrained them from entering into the club.

As a result, the petitioners are unable to provide any coaching services and earn a livelihood, he argued.

He added that when the petitioner approached the management of the club and Islamabad Club Golf Course, “they failed to provide any reason or justification for the said embargo”.

The lawyer said that it is “widely accepted” that the top golfers have been restricted due to their perceived low social status for they had remained and served as a caddy at the Islamabad Club Golf Course before becoming professional players.

“Senior bureaucrats who serve as secretary/administrator/members of the management committee consider it below their dignity to sit and eat next to the same table where the petitioner is sitting,” the counsel stated in the petition.

Khan elaborated that the petitioners come from a humble background and started their “love affair with the sport of golf” as a ball boy and subsequently as a caddy carrying the golf bags of golfers, cleaning their clubs and retrieving balls for them, all for a paltry sum to earn a livelihood in 80s. However, their talent could not remain suppressed for long and they not only started playing golf but earned the status of professional golfers around 1995.

Being national champions and professional golf coaches with international recognition, Khan said, the petitioners are regularly approached by distinguished ambassadors, diplomats, national and foreign dignitaries, corporate executives and other foreign and local golf players for playing a round or coaching.

Moreover, Syed Zafar Ali Naqvi, a former administrator of the Islamabad Club and the former secretary of the Ministry of Culture, Sports, Tourism and Youth Affairs, also wrote a letter to the president of Pakistan in December 2016 showing his displeasure and termed the acts of the club authorities a “humiliation of the national heroes.”

In the letter, Naqvi said, some persons in the golf course grew jealous of their (the petitioners’) position and respect given to them by foreign diplomats who quite often had refreshments, coffee and tea with them in the Club House.

Moreover, the golfers’ lawyer stated in the petition, “Without any complaint but purely on racist consideration, restoring to the most contemptuous and condemned practice of apartheid, the present management withdrew their rights and privileges and revoked permanent membership.”

“If it is really due to class distinction, [it] is against the clear verses of Holy Quran/Sunnah of the Prophet (PBUH), is unconstitutional and discriminatory,” he added.

The petitioners requested the court to declare the embargo illegal, void and of no legal effect and that they may be allowed to enter the Club House and avail all facilities without any discrimination whatsoever.

The court will now take up the case on September 28.