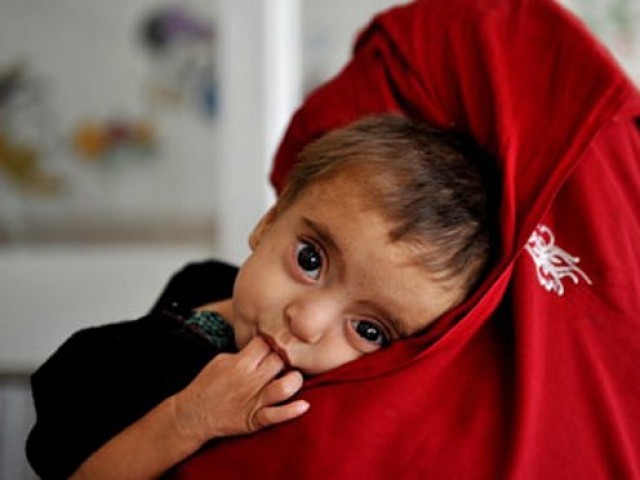 It has committed 300,000 Australia dollars to build the capacity of the SUNAR Pakistan Network. PHOTO: AFP

Australia has committed 300,000 Australia dollars to build the capacity of the Scaling Up Nutrition Academia and Research (SUNAR) Pakistan Network through a series of workshops on research methods and techniques. The workshops will aim to assist SUNAR members and young academics to conduct high quality research and to secure grants for innovative research projects in the field of nutrition.

Acting High Commissioner Juszczyk said Australia was pleased to support the efforts of SUNAR and the Government of Pakistan in addressing malnutrition which remains a critical challenge for Pakistan.

“The workshops will train 125 young researchers and academics in Islamabad, Lahore and Karachi in advanced research skills which will assist them to contribute to policy development and implementation for improved nutritional outcomes,” Juszczyk said.  Nutrition Planning Commission Chief Aslam Shaheen said SUNAR Pakistan was an indigenous effort of the government of Pakistan with the support of Nutrition International and the Australian Government which aims to organise and utilise the expertise of academia and researchers for scaling up nutrition in the country.

Highlighting the importance of training workshops, he said that “increased capacities of research institutions will be helpful in generating knowledge base.”

Prices of sacrificial animals soar ahead of Eidul Azha