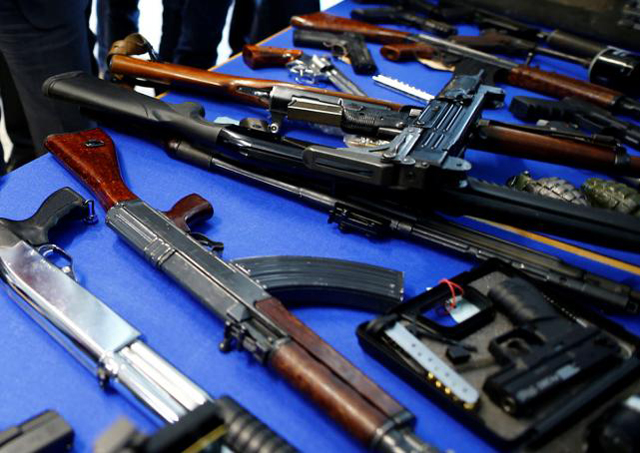 BAHAWALPUR: Despite lack of resources and funds, Bahawalpur police is striving hard to control crime incidents that have plagued the district.

The police force does not have modern weapons like criminals but still the police are performing duty with bravery and commitment. These views were expressed by a senior police official, who requested anonymity, while speaking to The Express Tribune on Friday. He said despite odds, targeted action against criminals will continue to save the lives and property of the citizens.

While giving details of seven-month performance, he said the police arrested 5,253 criminals, including 2,281 wanted criminals, 35 gangs and seized valuables worth Rs1,26,52,418.

He added Bahawalpur police registered 4,814 cases and of them, 294 cases were dismissed as they were fake.

In crackdown against illegal weapons, he maintained the police arrested 437 criminals and seized nine Kalashnikovs, 84 rifles, 90 guns, 352 pistols, 20 carbines and 29,811 bullets from their possession.

In operations against professional criminals, at least 35 gangs involved in armed robbery and street crimes were busted and 125 gangsters were sent behind bars. The police also seized two-wheelers worth millions from them. In accordance with National Action Plan, 204 criminals were rounded up in violation of Loudspeaker Act and cases were sent to courts after registration of FIRs.

The police official elaborated that 251 culprits in category A and 2,030 criminals in category B were also taken into custody. In crackdown against gambling dens, the police arrested 598 criminals and lodged cases against them, he said.

Curriculum does not properly reflect our local culture: experts