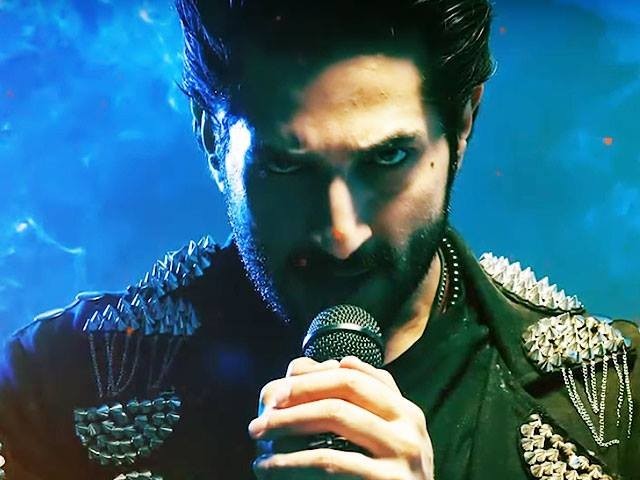 The teaser of the upcoming film Rangreza featuring Urwa Hocane and Bilal Ashraf with the track sung by none other than legendary Abida Parveen had already set the expectations for the movie sky-rocketing high and now we have more coming our way. The teaser checked for both on-screen eye-candies and a melodious sound track.

Despite the much-anticipated sound tracks of the film, the official title song, sung and composed by J Ali, does not thrill us all that much.
The composition manages to hit some high notes but the lyrics could be better. Also, we have seen Bilal Ashraff look way more charming on screen than he does in that forced rugged, rock-star demeanour.

The little hints of the narrative that the stills give away tell us that Bilal Ashraf will be seen in a heartbroken-musician-kind-of avatar, reminiscent of Ranbir Kapoor in Ae Dil Hai Mushkil and Rockstar.

Whether the film breaks away from these pre-conceived notions and surprises us by setting a higher bar in the Pakistani film world, is something only time can tell.

Listen to the official track here.