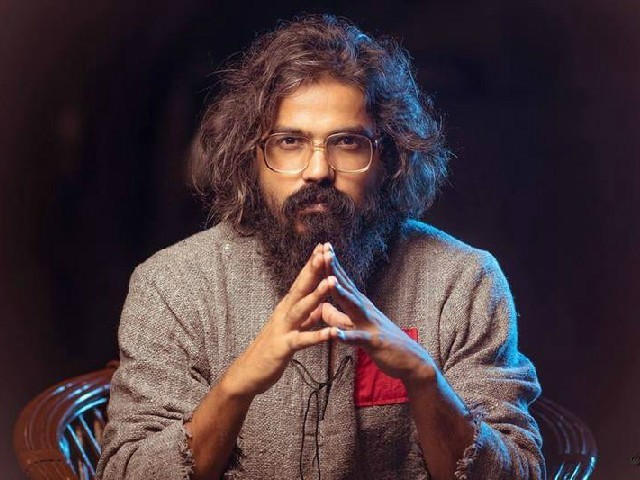 KARACHI  : While most musicians of today thrive on being in the limelight, there is one who keeps to himself, quietly doing his thing while the world moves on. This is Asrar for you, the silent topper in the classroom.

Asrar’s is the sound echoing off of shrines, the sound of vernacular lands and faraway seas. In contrast to his previous offering O Mastanay – a dark, atmospheric and wildly loud track, his latest song Sab Ki Khair spreads the message of love, peace and blessings.

Celebrating Sufism and promoting the message of peace

“The commonly held belief is that Sufism is only about spirituality and mystic thoughts but it’s more than that,” Asrar told The Express Tribune. “Sufism is about observing the world and society. It’s about critiquing and resolving matters. That’s why in Sab Ki Khair, I wanted to do it in a lighter way. Sab Ki Khair is like a dua; a blessing for everything and everybody.”

In the song, Asrar also touches upon political themes and society but said the point was to say it “gently” and “with love.” The Afghan Jalebi singer revealed that the unplugged version came about during his first month-long tour to the US where he received a tremendously positive response from the American audience.

“I had many concerts throughout the month and during that, I got to visit Times Square. I had heard many good things about the place and saw so much diversity there…people from all races and countries. I just picked up my instrument and started playing,” he recalled. “There was a couple nearby who were also playing ukulele and they joined me in. It was a very fun atmosphere.”

As Sufism has come to influence the modern generation more now than ever before, musicians are more inclined towards producing Sufi songs. Asked whether they are merely cashing in on the trend, Asrar said, “The fact is, if it doesn’t come from inside you, it’s very difficult to sustain it for long. It just won’t sound the same. I go to places and talk to the youth and I find them very much inclined towards Sufi thought, and that is great.”

The singer also talked about his future plans, saying he will take a tour of the US again, later this year. In addition to that, he is set to sing for Bollywood again. “I’m in talks with Anurag Basu. He likes my music and I will be composing for him in his upcoming film,” Asrar shared.

Fans will also get to hear Asrar in two upcoming Pakistani films this year. “I have composed and sung a track with Abida Parveen for Aamir Mohiuddin’s Rangreza. And then, there’s one in another upcoming film Lahore Baraye Farokht,” added the singer who is also planning to release an English song, which he recorded in the US, after Eid.

With several singles and a tour lined up, it looks like Asrar has got his hands full for the rest of the year.