They belong to the low-income sectio­n of societ­y and had starte­d their own busine­sses or were planni­ng to
By Ammar Sheikh
Published: August 3, 2017
Tweet Email 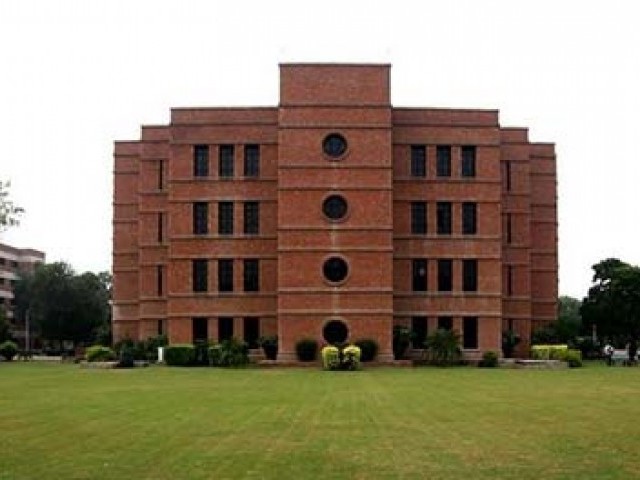 LAHORE: Budding men and women entrepreneurs shared their stories of success through hardships at the Lahore University of Management Sciences (LUMS), where they completed a training session under the LUMS Centre for Entrepreneurship (LSE) titled Urban Youth Project on Wednesday.

They were speaking at the graduating ceremony of the first cohort of Urban Youth Project where a total of 30 micro entrepreneurs received their certificates. The graduates belonged to the low-income section of society and had started their own business or were in the process of starting their businesses. Out of the 31 graduates, 23 were women and 8 men.

The participants received entrepreneurial training and were apprised of different tools and techniques to get the most out of their existing businesses or for their upcoming business. The Urban Youth Project is funded by the Citibank NA Pakistan and coordinated by the British Asian Trust. The training has been conducted at the LCE over weekends.

Sharing her experience, Rabia Ashiq, one of the graduate who has been running a small academy on Bedian Road for the last three years and was a schoolteacher in a local school in her village before that, said, “Before attending the training, I had no concept of business plans or basic accounting due to which I was running in a loss. But now only six weeks into the programme, I am already making profits. When I get done from LUMS, I go home and teach my father and brother what I learn here.”

Another graduate said that she learnt to manage her profits and to identify and re-invest that profit back into her business. She added that she had learnt marketing strategies and management techniques during her training.

LCE Director Faisal Jalil Sherjan said that selecting trainees for the programme was a challenge. He said that it was decided that micro finance lenders would be approached to select the trainees. “Through Akhuwat and Kashf Foundation we identified people for the programme, some of whom were about to set up and start their businesses.

Eventually, 23 entrepreneurs were identified through the Akhuwat and eight through Kashf Foundation,” he added. Sherjan said that after an intense selection procedure, LUMS carried out a needs assessment exercise to identify priority areas where participants required extended support and based on that developed a customised curriculum based on experiential learning.

‘Lot harder for entrepreneurs in the US than in Pakistan’

Seifeddine said, “I am delighted to see the impact that the Urban Youth Project has created for all these bright young entrepreneurs. Today, it is not only a proud moment for all the graduating entrepreneurs but also for us stakeholders, seeing their immense growth and enthusiasm.”