Blowing out candles on birthday cakes boost frosting bacteria by 1400%

Blowing out candles on birthday cakes boost frosting bacteria by 1400%

Our mouths are packed with bacter­ia, most of them are not harmfu­l
By News Desk
Published: August 1, 2017
Tweet Email 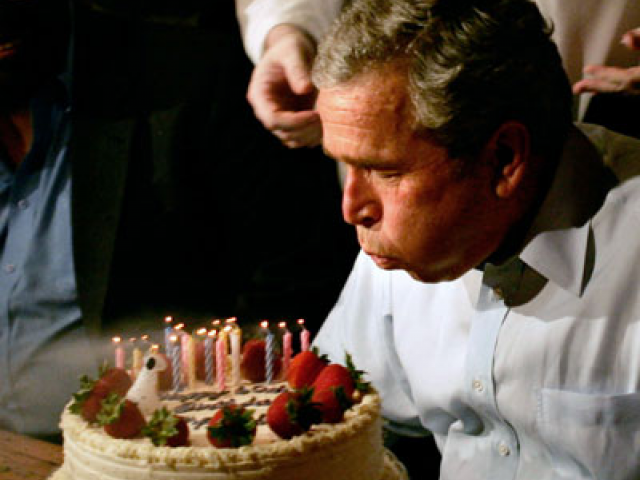 The tradition of blowing out candles atop a birthday cake is not as simple as we thought, a shocking new research has found that every time a breath is puffed onto a cake, it increases the level of bacteria by 1, 400 per cent.

Titled “Bacterial Transfer Associated with Blowing Out Candles on a Birthday Cake”, the study was conducted by a team of professors and undergraduate students from Clemson University in South Carolina, United States.

For the study, Dawson and his team started with frosting a piece of foil atop a cake – cake-shaped styrofam base then stuck and lit candles and blew on them after taking a bite from a pizza. “We also wanted to simulate a birthday party,” said Dawson. “We thought it might help the salivary glands get going.”

“You have one or two people who really for whatever reason… transfer a lot of bacteria,” he added.

Using classic method to calculate bacteria, researchers diluted frosting with sterile water, spread it out on agar plates to let bacteria grow. Each colony that grew on the agar plates represented one original bacterial cell from the frosting. [Not all bacteria grow on agar plates – there are other sophisticated ways to count bacteria cells comprehensively.]

While the team expected a high number of bacteria, Dawson said he was surprised how it varied from blow to blow. The amount of bacteria increased by 14 times on average, but in some cases it went up to 120 times. “Some people blow on the cake and they don’t transfer any bacteria. Whereas you have one or two people who really for whatever reason … transfer a lot of bacteria,” explained Dawson.

However, Dawson insists the findings should not ruin birthday parties. “It’s not a big health concern in my perspective,” he said. “In reality if you did this 100,000 times, then the chance of getting sick would probably be very minimal.”

Our mouths are packed with bacteria – most of them are not harmful. He argued that if birthday cakes significantly contributed to spread deadly disease, it would’ve already been discouraged by now. He added that it would be common sense to avoid a slice from a cake on which a clearly sick person had blow on to.

This article originally appeared on The Atlantic.

Drinking too much water can be dangerous, says Indian doctor