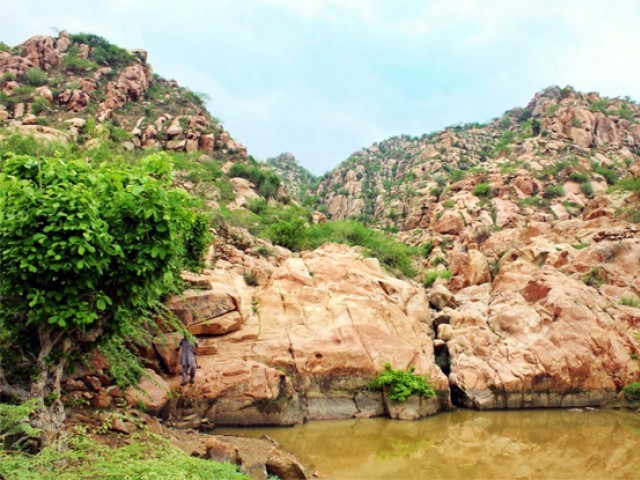 An idyllic view of Karoonjhar Mountains in Thar that have undergone change after rains. PHOTO: PPI

NAGARPARKAR: Following the monsoon rains, the landscape of the Thar Desert has undergone a change. The sight of verdure in an area that once looked like a barren desert is a great attraction for tourists. However, prospects of tourism in the area remain dismal due to the lack of accommodation arrangements.

Although there are a few places in Thar where accommodation or rooms can be rented out, the Sindh government is way behind in providing facilities to the visitors in Nagarparkar, a bordering town with India.

A large number of tourists visit attractions in Tharparkar district such as the Karoonjhar Mountains, Jain temple, Bhodesar Mosque, Gaddi Bhit of Mithi along with Marui Wells and Qasbo to enjoy the idyllic view following the seasonal rains but they have to face lack of accommodation and non-availability of tourist guides.

“Thousands of people come to this paradise, but they all have to make their own arrangements, especially in Nagarparkar,” said Yousuf Faqir, a folk singer who entertains tourists with his melodious voice.

The Karoonjhar Mountains in Nagarparkar, which are located on the northern edge of Rann of Kutch, have no resting place to offer to visitors who could spend a few moments of peace in the area. The visitors who visit the Sardhro Temple built on the foothill of a mountain experience the same problem. “The flowing streams and serenity of mountains in the desert have made our visit to Thar worthwhile but the government must accept its responsibility for the missing facilities at the tourist attraction,” Mukesh Kumar, a visitor from Umerkot, told The Express Tribune. 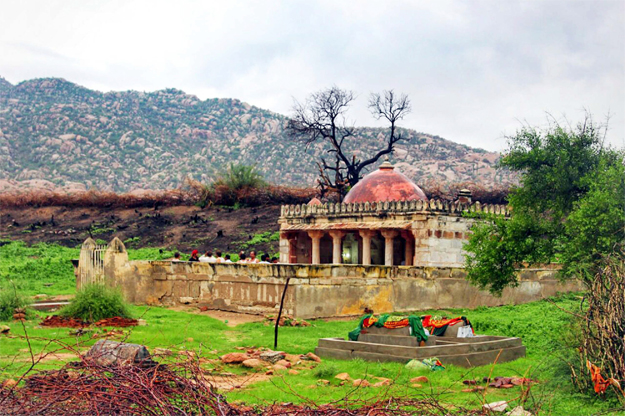 The sight of verdure in an area that once looked like a barren desert is a great attraction for tourists. PHOTO: PPI

The bordering village of Kasbo, which is hardly a kilometre away from the border of Indian Gujarat, is frequently visited by tourists coming from different parts of the province for its dancing peacocks. However, it becomes agonising when one has to make use of the bushes when attending to the call of nature. “There is no toilet facility. No restaurant to get water or eat. There is no place for taking a nap or resting,” lamented a visitor from Karachi.

When contacted, Culture, Tourism and Antiquities Minister Syed Sardar Ali Shah told The Express Tribune about the government’s steps to facilitate tourists in the area. He said that Ruplo Kohli Tourism and Cultural Complex at Nagarparkar, which houses 24 rooms for accommodation, will be opened for the public in the coming week.

“Moreover, we have also decided to set up a tent city with up to 100 tents to provide a low-cost option of accommodation to the tourists in Nagarparkar,” Shah revealed, adding that it would also allow the tourists to have the experience of camping.

“The facility will be comparatively less expensive than hiring rooms on rent and can be availed in few hundred rupees by a group of people,” said the tourism minister, adding that it will make the option of a staying the night available to more than 10,000 people who are flocking to desert towns on weekends, as life has returned after rain spell.