Endowm­ent Fund Trust has restor­ed a large portio­n of walls and gates of the histor­ic fort
By Saadia Qamar
Published: June 28, 2017
Tweet Email 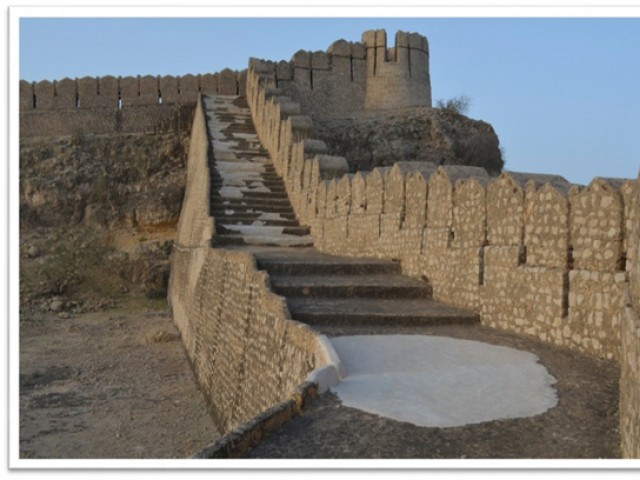 KARACHI: The dilapidated fort at Ranikot, which had been decaying for centuries, has finally witnessed restoration work in the past few years. Fondly termed ‘The Great Wall of Sindh’, the fort is located 30 kilometres (km) south west of the Sann Railway Station in Jamshoro district.

It seems that researchers and historians alike have neglected the fort, as there is no conclusive answer to who built the fort and why. There are many conflicting opinions about the issue. Some historians even suggest that ancient Greeks laid foundation of the wall when they invaded Sindh. Others are of the view that Sasanians were responsible for building it, while there are some who assert that the fort is not that old and it was actually built by the Talpurs.

The restoration of the heritage site has been carried out by the Endowment Fund Trust for the Preservation of the Heritage of Sindh under the supervision of its secretary, Abdul Hamid Akhund.

Commenting on the controversy surrounding the fort’s history, Akhund said the fort was probably built with kacchi mitti during the Sasanian dynasty. However, he added that the current structure of the walls depicts Talpur architecture, as the fort was extensively renovated in 1819 under Talpur rule. 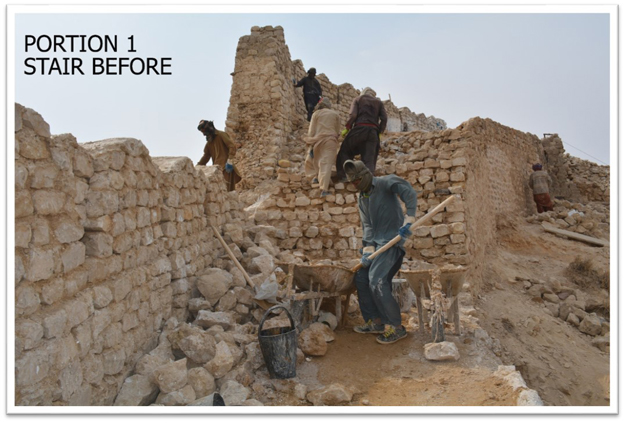 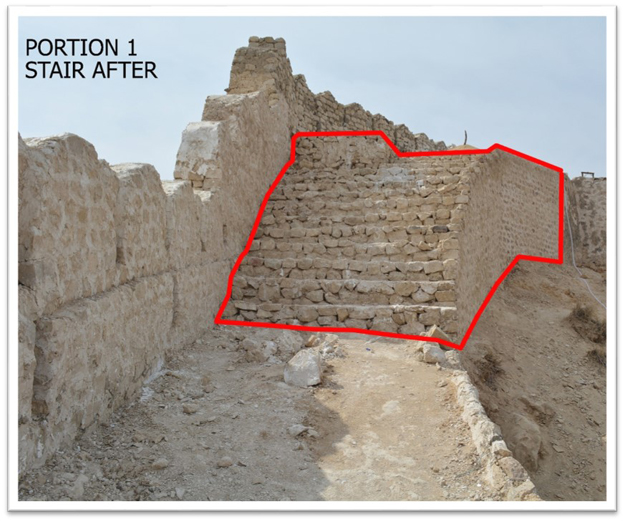 The stairs after the restoration. COURTESY: ENDOWMENT FUND TRUST

Akhund shared more information about the fort. The wall has a circumference of 30km, he said, adding that there lie two citadels within the premises. One of them is Mirikot, which is a larger fort that is built on a lower altitude, while the other is Sherghar, which lies on top of a cliff. Being at a high altitude, restoration of Shergarh was relatively more difficult, commented Akhund.

Lack of transportation facilities to the fort seem to be a contributing factor to tourists’ apathy towards Ranikot Fort.  To reach the spot, there is only one direct road that comes from Sann to Ranikot, which itself is in a deplorable state. Akhund recalled that he wrote a letter to Chief Minister Murad Ali Shah, asking him to construct the derelict road. “We received a letter of thanks [for the suggestion] but no steps were taken to rebuild the road,” he lamented.

Akhund also said that the two bridges that lead to the Ranikot Fort were severely dilapidated. One of them has become a foregone project of the Sindh government, while the other bridge has been re-built by the Endowment Trust Fund, he said. 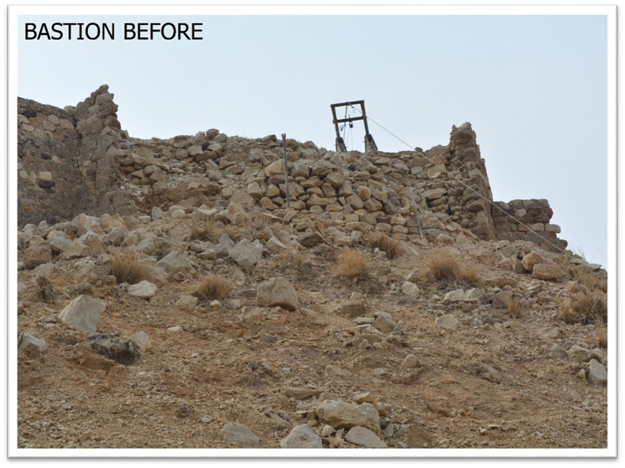 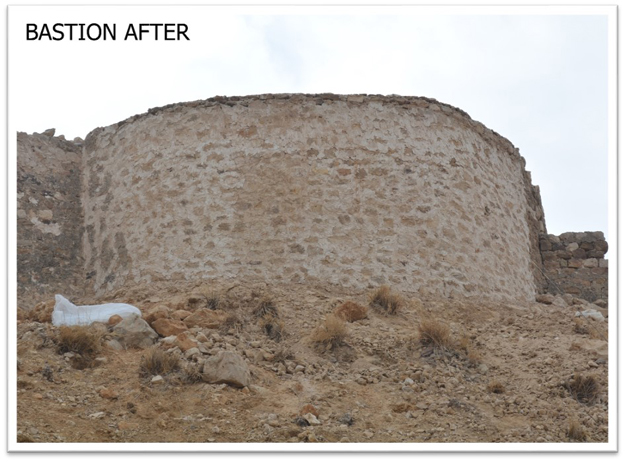 Ranikot Fort is a heritage site that needed to be protected and preserved under the Sindh Cultural Heritage (Preservation) Act, 1994. However, the successive governments shirked their legal responsibility by neglecting the site.

It was around four years ago that Akhund and his team set foot on the place with the intention to restore it. “The fort had eroded walls. The rubble lay there. It was an arduous task to reach some walls as they were quite high and were situated on a rough terrain,” he remarked.

Sindh’s historical sites to be explored after Eid

Non-availability of water in the area was another major hurdle in the restoration work. Strenuous efforts were required to fetch water from elsewhere, said Akhund. 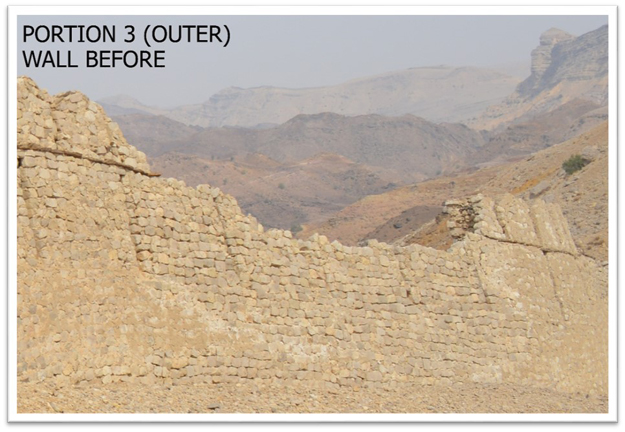 A wall that was in shambles before: PHOTO: COURTESY ENDOWMENT FUND TRUST 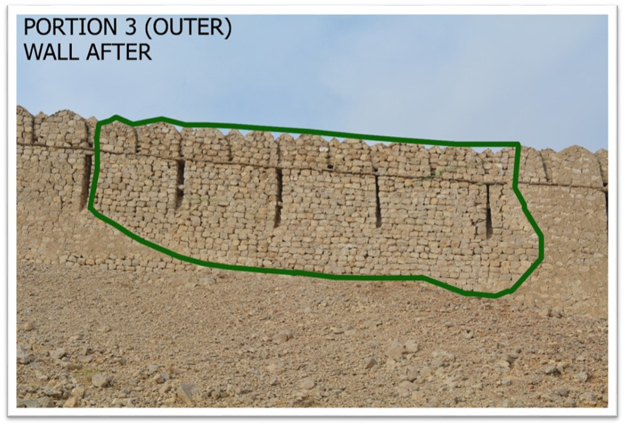 The walls of the fort had been primarily built with kacchi mitti plastered with limestone and then strengthened with rubble masonry in lime mortar. As the place had been deserted for centuries, the structure had dilapidated with cracks and crevices on the walls. The preservation work seemed difficult but the team continued to work with dedication and around two years ago, restoration of a considerable portion, including the gates, was completed, explained Akhund.

“We have installed spike doors that do not allow heavy vehicles like trucks to enter the premises,” he said, adding that heavy vehicles may harm the terrain and structure. “This place is meant for picnics and for families to come and enjoy their time but video-shooting and musical arrangements are not allowed inside the structure,” Akhund added. 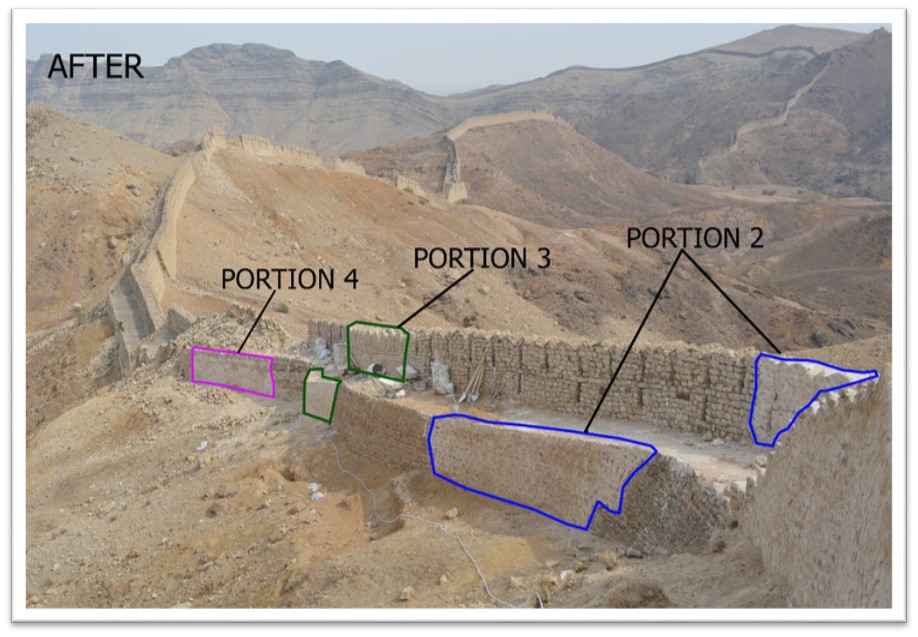 A view of the fort showing some of the restored portions. PHOTO: COURTESY ENDOWMENT FUND TRUST

‘We must come together to save Sindh’s heritage’

A book on the way

Historian and archaeologist Kaleemullah Lashari has been working on a book that extensively covers the Ranikot Fort. Titled Enigma of Engineering: A story of a fortress forgotten by history, the book is expected to be released before 2018.

Sharing some of his findings with The Express Tribune, Lashari said it seems that the fort was never inhabited. It was never completed and the idea was shelved, he claimed.

Lashari also reiterated the controversy surrounding the fort’s history. “Some assert it was built by Greeks, some say Arabs were the makers of this fort. However, another study suggests the Talpurs were behind the construction of it,” he said.