Scheme­s for its uplift have been approv­ed in the budget at a cost of Rs255.3 millio­n
By Saadia Qamar
Published: June 11, 2017
Tweet Email 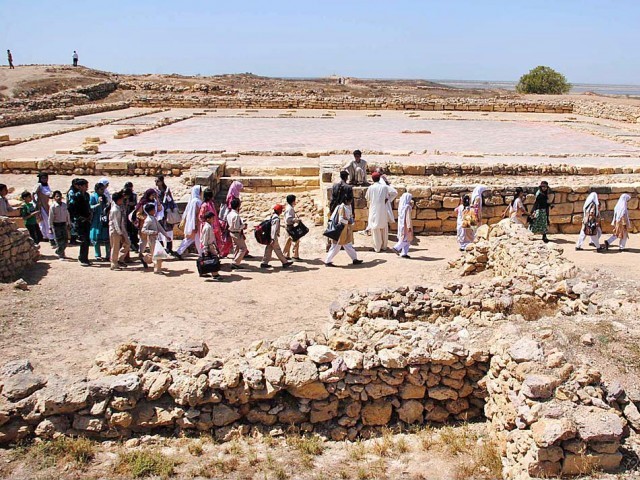 The public will get to see a revamped look of the city by June, 2019. PHOTO: APP

KARACHI: Bhambore, one of the most ancient and historically significant sites of the province, will soon get a facelift after years of being neglected by authorities. The public will get to see a revamped look of the city by June, 2019.

“The scheme for Bhambore has been approved in the budget at an estimated cost of Rs255.3 million,” said Sindh Culture, Tourism and Antiquities Department Antiquities and Archaeology Director-General Manzoor Ahmed Kanasro, speaking to The Express Tribune.

Bhambore, formerly known as Old Debal, is the place where Raja Dahir’s forces were suppressed by Muhammad Bin Qasim, who attacked the fort at Debal in 711 AD. However, the land is more popular for the famous love story of Saussi and Pannu.

According to Kanasro, they plan to do a lot in the city in terms of development. “We plan on extending the Bhambore Museum and displaying all the findings that are being unearthed via French and Italian expeditions that came here a few months back,” he said.

Reclaiming Sindh’s heritage: ‘Mohen Jo Daro is here for the world to own’

Referring to the lake in Bhambore, Kanasro said they plan to connect this lake to the Arabian Sea and have plans of setting up huts around it so that people can visit the area more often. According to him, the huts will be given to people who want to stay overnight and enjoy rustic life.

“We plan to construct a play land for children within the remits of this site so that even children from ages of four to 12-years-old, can avail opportunities at the site,” he added.

“The Sindh culture department is planning to get Bhambore declared as a heritage site by the United Nations Educational, Scientific and Cultural Organisation by the next year,” he said, adding this will happen if all goes according to their plan.

‘Muhajir parties should band together for the good of the community’