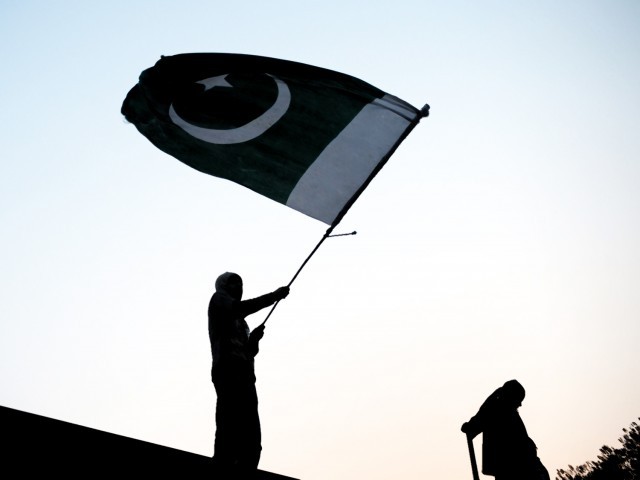 As we head towards the country’s 70th birthday, it would not be inappropriate to speculate about the country’s future. For instance, we may ask: Where will Pakistan be when it celebrates its 80th independence day in 2027? This is a particularly difficult question to answer for a country such as Pakistan where so much remains unsettled even after 70 years of the country’s existence as an independent entity.

Pessimism is an indulged preoccupation of many thinking Pakistanis. The Panamagate episode spotlighted at least two features of the Pakistani landscape that worry all those who are concerned. The first was the important role the military has continued to play in the country’s life. Two of the Joint Investigation Team (JIT) members were from the military intelligence services. The second concerns the steady deterioration of the institutional infrastructure needed in a maturing political and social entity. The JIT report highlights some of the institutional failings being witnessed by the country.

Pakistan has become an institutional graveyard, burying many institutions that have critical roles to play in developing the country and modernising society. The judicial system is weak, a characteristic the country shares with other South Asian nations. The planning commission at the federal level and provincial planning and development departments were once deeply involved in formulating policies and carrying out project appraisal. That is no longer the case. Prime minister Zulfikar Ali Bhutto (1971-77) methodically dismantled the institutional structure constructed by president Ayub Khan (1958-69). He also dissolved the powerful Civil Service of Pakistan that had inherited the mantle of the Indian Civil Service once called the ‘steel frame’ of the British raj. An independent and merit-based system of bureaucracy had served Pakistan well in the first post-independence quarter century. It is also the reason of India’s success in building a modern political entity.

By nationalising large segments of the modern parts of the economy, Bhutto also did away with the dynamism of the private sector that had powered the economy for a number of years. The elaborate systems established in recent decades for ensuring the accountability of the people in public service have not delivered what they were supposed to provide — a fact pointed out at some length by the JIT report. There are, in other words, many reasons for agreeing with those who are pessimistic about the country’s future.

Pessimism is a self-fulfilling premise. As economists have discovered, the level of confidence about the future is a major contributor to the pace and scope of economic progress. This is true at the micro and macro level. Stock markets value individual stocks on the basis of how they rate their future. Confidence also dictates the level and direction of investment by the private sector. Prevailing sentiment about the country affects the amount of investment by private players. Changing the narrative about Pakistan — focusing on some of the positives rather than by a total preoccupation with the negatives — would invite more capital to flow into the economy by both local and foreign entrepreneurs. If there is truth in the findings presented in the JIT report, even those who occupy senior positions in the government are inclined to invest their wealth outside the country’s borders. Given all this, are there reasons to be optimistic about the future?

A number of positives should begin to figure in the way the economy’s future is assessed. The most important of these is demography. The census held earlier this year will provide estimates of the size of the population, its rate of growth and its age distribution. The population, with the median age of 24 years, is very young. I expect that some 75 per cent of the population of large cities — those with more than 5 million people — is below the age of 25 years. The city youth is better educated; women among them have done surprisingly well in acquiring the skills needed by the modern sectors of the economy. Economists correctly believe that the next global growth thrust will come from South Asia but the countries of this region will not follow the pattern of East Asia’s ‘miracle economies’. Instead, they will provide modern services to the world’s aging population. Pakistan could be one of the suppliers of the needed services.

Pakistan’s location is also an asset. Sitting on top of India, and in between the resource-hungry China and resource-rich Middle East and Central Asia, Pakistan could become the area through which land-based commerce would flow. This is the reason why China is investing large amounts of its resources in the China-Pakistan Economic Corridor.

There is no doubt that the Pakistani economy has turned the corner, moving from sluggish to reasonably fast rate of economic growth. It has been successful in dealing with stresses it had come under in the immediate post-military era. The economy is now moving forward at a sustainable rate of growth of 5.5 per cent a year, two percentage points higher than the rate at which it was growing in the 2007-14 period. In the next 10 years — from now until the county celebrates its 80th birthday in 2027 — the rate of growth could average 6.5 per cent a year. If that were to happen, the size of the economy could be 90 per cent larger than the level reached in 2017, and the income per capita 63 per cent higher. The year 2027 may see Pakistan in much happier economic situation.