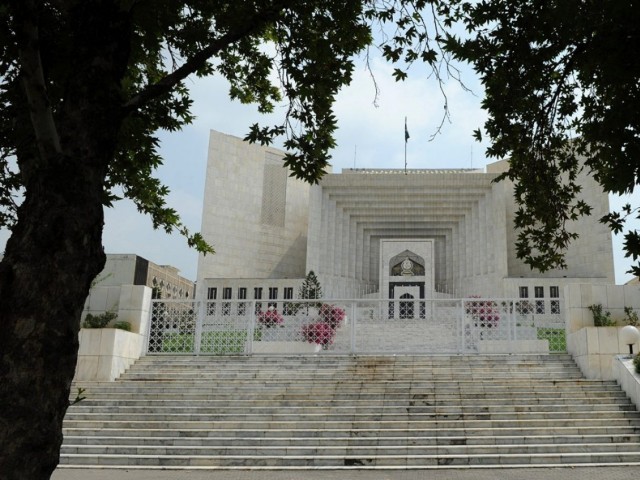 ISLAMABAD: The Supreme Court has emerged as the most powerful institution of the country after the pronouncement of the Panamagate verdict, in which the country’s chief executive has been disqualified on the basis of mis-declaration in his nomination papers.

Nawaz Sharif was not the only prime minister to be ousted by the apex court. It has directly or indirectly removed from power the country’s chief executive seven times before that.

Yousaf Raza Gilani, the prime minister in the previous PPP government, had been disqualified in a contempt of court in 2012. The Supreme Court had endorsed the sacking of Nawaz Sharif in the Zafar Ali Shah case in 2000.  Likewise, the apex court had endorsed the dissolution of Benazir Bhutto government twice in the 1990s. Similarly, the court had also endorsed the military coup against the Zulfikar Ali Bhutto regime in 1980.

Former additional attorney general Tariq Khokhar believes disqualification of a prime minister on the basis of ‘mis-declaration’ will make the judiciary the most powerful institution and weaken the position of MPs. “This judgment may herald the political death of most senior parliamentarians.”

Khokhar says the same law point may apply in the case of PTI Chairman Imran Khan who has not disclosed his offshore company as his asset in his nomination papers for the 2013 elections.

A senior law officer says surprisingly it is the first time after Iftikhar Muhammad Chaudhry that we have seen ‘unity’ in the superior judiciary as five senior judges have unanimously disqualified Sharif. “If the judges are united, then no other institution can assert its position on the judiciary,” he adds. The same formula had been adopted by the Chaudhry-led superior judiciary between 2009 and 2013.

However, the lawyers expect the apex court will also pass judgments across the board.

Legal experts are divided on whether the disqualification under Article 62 (1) (f) will be for life or for five years. It is beyond comprehension that a convicted murderer can qualify to become MNA after five years, while a person found guilty of mis-declaration is disqualified for life.

They urge the superior judiciary to expedite the process of self-accountability as no judge has been ousted by the Supreme Judicial Council since the 1970s.

Until Friday, the Supreme Court had only de-seated MNAs over mis-declaration in nomination papers – but their cases had come through election petitions and were not adjudicated under Article 184 (3) of the Constitution.

In April 2016, the apex court had questioned how someone could be disqualified for life from contesting elections on the basis of Articles 62 and 63 of the Constitution. The observation had been made during the hearing of a fake degree case against former MPA Samina Khawar Hayat. The then chief justice, Anwar Zaheer Jamali, observed that people could reform themselves to be qualified under Articles 62 and 63 after being disqualified under the same.

“It is not necessary that a convict gets a lifetime disqualification.”

Imran requests SC to announce verdict ‘at the earliest’

The National Accountability Bureau has decided to file an appeal in the Supreme Court against the 2014 Lahore High Court verdict that quashed the Hudabiya Paper Mills reference against the Sharif family.

Seventeen years ago, NAB claimed that Sharif and his family had received over Rs1 billion ‘through illegal and fraudulent means’ and that they were liable to be tried under anti-corruption laws, reveal documents submitted in the Supreme Court in the Panamagate case.

A senior official in NAB has told The Express Tribune that the anti-corruption watchdog will move an appeal in the apex court for the reopening of the Hudabiya case against the Sharif family.

The three-judge bench – headed by Justice Ejaz Afzal Khan – in its July 28 order also observed, “The argument that the JIT overstepped its authority by reopening the case of Hudabiya Paper Mills when Reference No 5 was quashed by the High Court does not appear to be correct as the JIT has simply made recommendations in this behalf which can better be dealt with by this court if and when an appeal, before this court, as has been undertaken by special prosecutor NAB, is filed and a view to the contrary is taken by this court.”

It is to be noted that the incumbent NAB chairman, Qamar Zaman Chaudhry, is going to retire in October. And his successor will be appointed after consultation between the prime minister and the leader of the opposition.