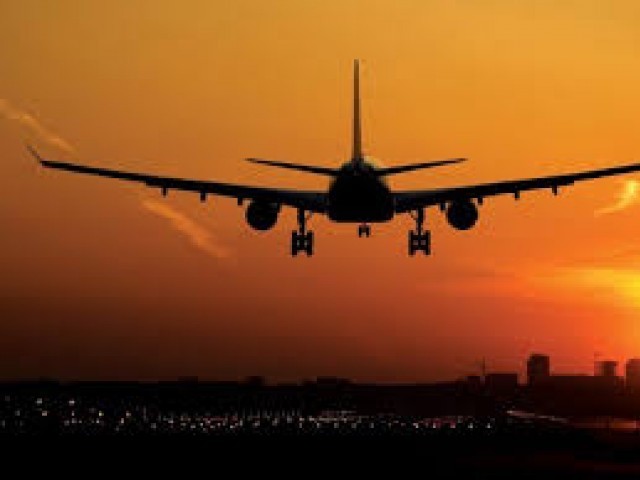 The panel heard Wilson had worked at the unnamed school since 2013 and was "highly regarded" as a teacher and had been lauded by parents and pupils.PHOTO:AFP

An intoxicated female teacher had sexual relations with a student in the restroom of a passenger plane on their way back from a school trip has now been proscribed indefinitely from the classroom, according to The Independent.

Eleanor Wilson, a physics teacher at a school in Bristol, engaged in oral sex with the pupil in the toilet cubicle and then had sex with him, a disciplinary panel found.

News of the relationship surfaced when another student heard about it and threatened to tell the school unless Wilson, 28, engaged in sexual activity with him.

She was found guilty of unacceptable professional conduct and conduct that may bring the profession into disrepute by a National College for Teaching and Leadership panel who found she had also tried to cover up the relationship.

The panel heard Wilson had worked at the unnamed school since 2013 and was “highly regarded” as a teacher and had been lauded by parents and pupils.

The trip took place in July 2015 and while on a flight returning to the UK the sexual activity took place with the student.

“During the flight home from the trip, the student gave evidence that he and Wilson were flirting at the back of the plane, whilst looking after another pupil who was unwell,” the panel said in its findings.

“The pupil gave evidence that Wilson was intoxicated and that he had himself drunk approximately five miniature bottles of wine on the flight. The student gave evidence that he and the accused entered the toilet, kissed and had oral sex and intercourse without using protection”.

“Wilson denied this allegation in its entirety, as evidenced within the notes of the school’s investigation.”

The panel added: “The panel considered all of the evidence, and after hearing his oral evidence and having the opportunity to test it, preferred the evidence of the pupil. The panel found him to be a credible, reliable witness.”

Their relationship continued for several months and they communicated by text message and met outside school, with the student thinking he loved her.

Student kills himself in school over ‘infatuation with teacher’ in Islamabad

In September 2015 the school’s head teacher learnt that Wilson was in a relationship with a student. They spoke to her about it but with no corroborating evidence no further action was taken.

The following May the head teacher again spoke to Wilson about the allegations she had met the student outside school and had sexual intercourse with him, which she denied.

She also discussed the allegations with Pupil A and asked him to keep their relationship secret and to deny all knowledge of it if asked.