Urwa Hocane's '24/7 Lak Hilna' might be the next shaadi anthem but it won't be a part of our weddings!

Urwa Hocane's '24/7 Lak Hilna' might be the next shaadi anthem but it won't be a part of our weddings! 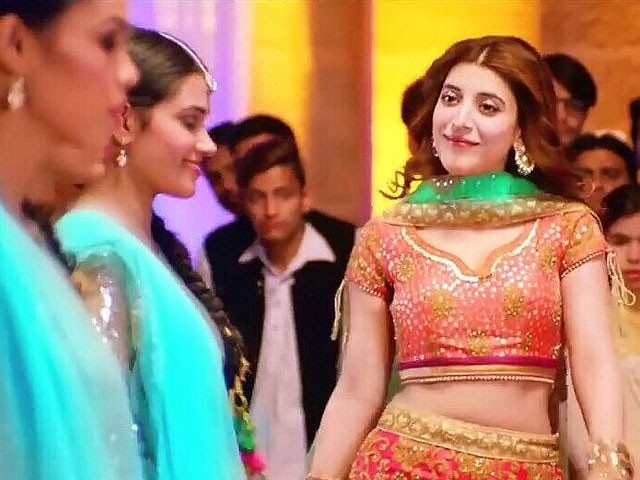 Urwa Hocane is on a roll!

After the massive success of Na Maloom Afraad, the Udaari star is back on the silver screen with not only one but two promising movies this year.

‘Punjab Nahi Jaungi’ trailer makes us want to say, “Shut up and take my money!”

Urwa will next be seen in the sequel of Na Maloom Afraad with the newbie Hania Aamir, and the recurring cast of the first installment of the movie.

Other than that, the elder Hocane sister will be seen shaking a leg or two in an upcoming romantic comedy Punjab Nahi Jaungi which comprises a stellar cast.

Now, the movie’s latest song 24/7 Lak Hilna is out and it is the perfect dance anthem!

Strong vocals by Meesha Shafi gave the song the life it requires, and Urwa’s feeble attempts at choreography make it much more fun to watch. Completely reminiscent of a Bollywood wedding song sequence, we wish Urwa had taken notes from Bollywood bombshells too. 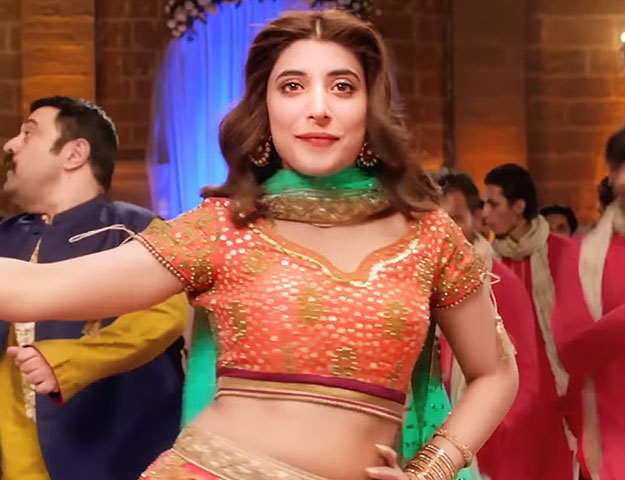 It only makes sense, because if you’re screaming ‘wannabe Bollywood’, then prep yourself adequately too – just like they do! Think Bole Chooriyaan and Kareena Kapoor’s effortless grace and impeccable aura – Urwa, on the other hand, looks so forced! Seems like someone put a gun to her head to groove on the song!

It’s safe to say that a scarcity of charm and appeal makes this video pretty below average. From a dearth of rhythm to lifeless moves, Urwa needs to up her game if she wants to stand out (positively)!

And if we are absolutely honest and blunt, Ahmed Ali Butt’s thumkas seemed much more legit and naturally done – hence, more entertaining to watch!

While the song might be the next shaadi anthem, we have our reservations.

Also, please don’t make us believe that the mermaid lehengas are back! Please, God, no. 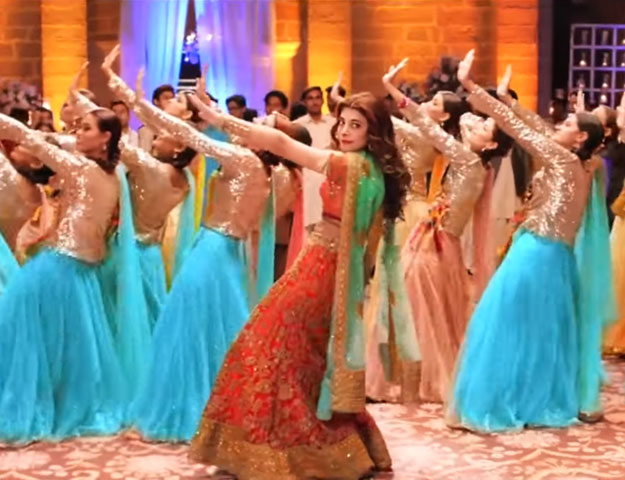 And what is up with such cold expressions? Urwa, I mean, you could definitely do better than that.

Let’s all learn a thing or two about apt expressions from Ahmed Butt, yeah? 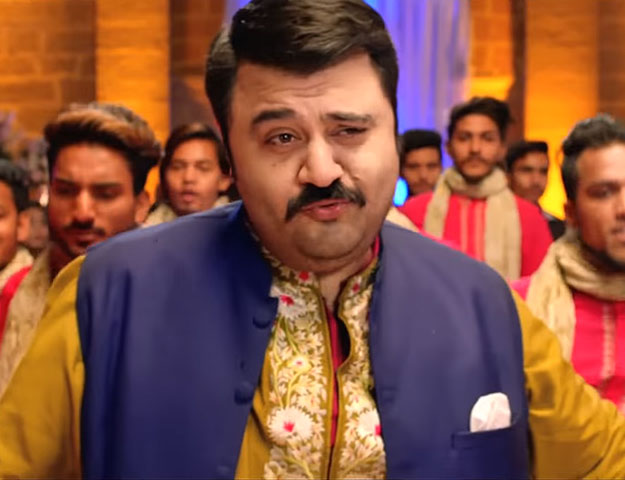 Other than that, the song surely has the beat and an almost perfect ambiance for any Pakistani wedding.

Watch the video below:

Starring alongside Urwa are Humayun Saeed, Mehwish Hayat. The movie is helmed by Nadeem Baig.

Punjab Nahi Jaungi is slated to release on Eidul Azha.