'Punjab Nahi Jaungi' trailer makes us want to say, “Shut up and take my money!”

'Punjab Nahi Jaungi' trailer makes us want to say, “Shut up and take my money!” 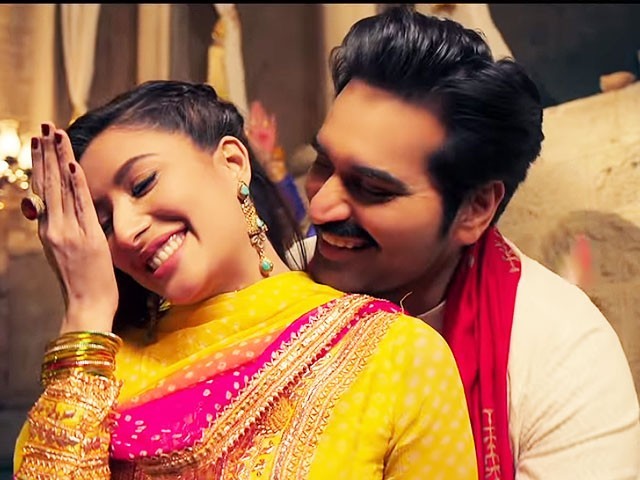 KARACHI: The makers of Pakistani cinema’s highest grossing film Jawani Phir Nahi Ani are back with another potentially successful film, Punjab Nahi Jaungi. Directed by Nadeem Beyg, the film stars Humayun Saeed, Mehwish Hayat, Urwa Hocane and Ahmed Ali Butt. The trailer of the film was launched in a ceremony on July 5 and boy, does it promise to be a full-on entertainer.

The trailer begins with Saeed’s voice in the background, saying, “Karachi ki larkiyan, you don’t know. Dimag mehdood, taleem zyada.” From then onward, the trailer takes us through a journey of a love triangle, with a backdrop of Punjab and Punjabi culture.

Saeed plays a Faisalabadi feudal, who falls in love with Hayat’s character while she is already in an affair with someone else. What ensues is a love triangle and heartbreak amidst weddings and much more. While the film’s poster, released yesterday, was disappointing, the trailer reminded us of a mix between Bollywood flicks Jab We Met and Namastay London. However, that, by no means, is a criticism.

The Punjab Nahi Jaungi trailer lays it all out for us to judge, and yet leaves us wanting more. As Beyg already proved, he can deliver a satisfying, entertaining cinematic experience and we have even more expectations from his upcoming venture than before.

When it’s all in the trailer, why are Pakistani films failing at it?

I always say one has to end a trailer with a bang so that it makes the viewers want to take out their wallet right there and say, “Shut up and take my money!” Punjab Nahi Jaungi does exactly, that with a soon-to-be-popular dialogue, “Muhabbat me aurat se koi jeeta nahi hai, aur nafrat me aurat ko koi hara nahi saka.”

The much-anticipated film releases on Eidul Azha. Looks like Nabeel Qureshi’s Na Maloom Afraad 2 will have some tough competition this time around.