The force is female: India's women cops take a stand

The force is female: India's women cops take a stand 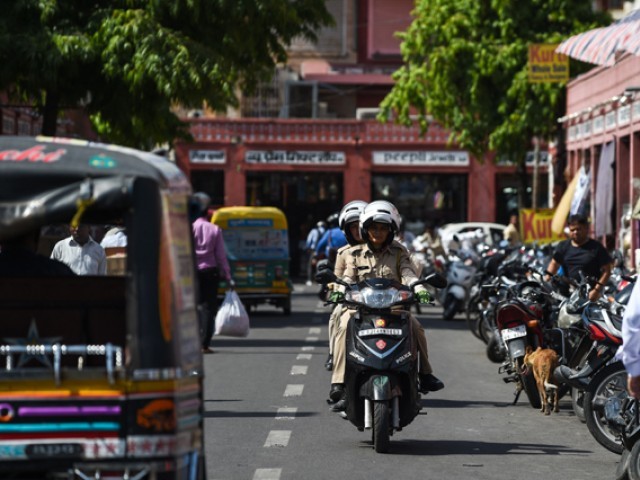 JAIPUR, INDIA: All-female police units are shaking up the male-dominated force in conservative northwest India, hitting the streets to combat sex crimes and a pervasive culture of silence around rape.

One such squad in Jaipur has been patrolling bus stops, colleges and parks where women are vulnerable to sexual harassment. Women can face a barrage on India’s streets, enduring everything from lewd jokes and strangers following them — often dismissed as innocent “Eve teasing” — to physical attacks and rape. 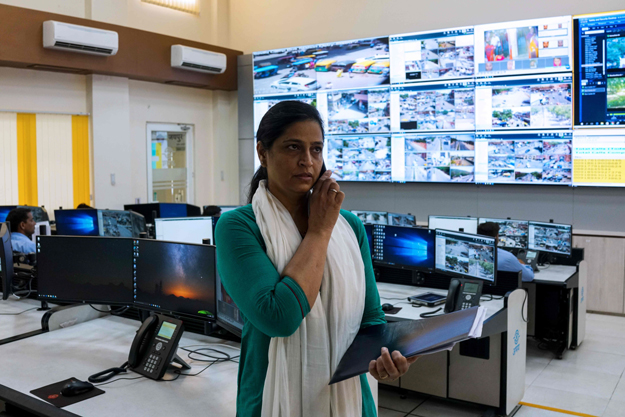 Kamal Shekhawat, head of the female police patrol unit, talks on the phone while standing inside the police command centre at the Jaipur Commissionate Headquarters in the Indian city of Jaipur. All-female police units are shaking up the male-dominated force in conservative northwest India, hitting the streets to combat sex crimes and a pervasive culture of silence around rape. PHOTO: AFP

“The message we want to send out is that we have zero tolerance towards crimes against women,” said Kamal Shekhawat, who heads the specialist Jaipur unit established in late May.

India has a gruesome record on sex crimes, with nearly 40,000 rapes reported every year. But the real figure is thought to be much higher, with victims wary of how their complaints will be dealt with.

India’s police force is overwhelmingly male — women make up just seven per cent of officers — and activists complain that victims are often judged by their appearance, asked probing questions, or even blamed for provoking the crime. The shame attached to rape in India’s deeply patriarchal society, and fear of reprisal, means many sex crimes are not reported and offenders go unpunished. 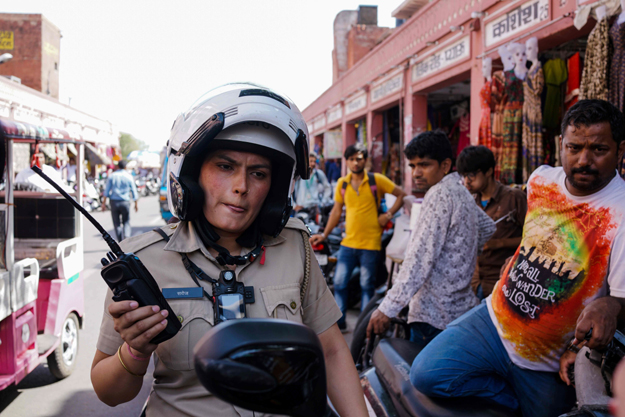 Shekhawat hopes the visible presence of female officers on the beat will encourage more women in Jaipur to report their abusers knowing they will find a sympathetic ear.

“Women police are more empathetic and victims also feel more confident and are able to communicate openly before them,” she said.

At a park in Jaipur, constable Saroj Chodhuary dismounted from her scooter and approached a group of sari-clad women to introduce herself.

“You can just make a call or even message on WhatsApp and we will be right there,” she said, clad in khaki uniform and white helmet as she passed around her details.

“Your identity will not be revealed, so you can feel free to register your complaint. If someone makes cat calls or troubles you in any way, do let us know. Don’t take law in your own hands.” 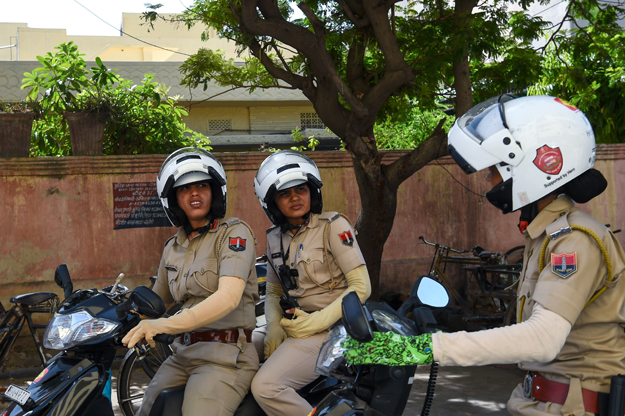 The women appear impressed by her authority — Chodhuary and her colleagues are trained in martial arts and spent months learning the law — and relieved to know help was just a phone call away.

Radha Jhabua, a 24-year-old mother, said she wanted to complain about a neighbour stalking her but her husband feared it would bring the family a bad name.

“He told me to keep quiet and wait for the man to change his ways. I am glad we can now just send a Whatsapp message to these sisters and they will take care of the rest,” she told AFP.

Seema Sahu, a 38-year-old mother of two, said she usually avoided going out at night with her daughters.

“I am so glad now these police women will be on the roads. Their very presence gives us confidence,” she said.

India faced international scrutiny over levels of violence against women following the fatal gang-rape of a medical student in New Delhi in December 2012.

Laws to punish sex offenders were strengthened in the aftermath, but attacks are still widespread. In the capital New Delhi alone there were 2,199 rape cases in 2015 — an average of six a day. India’s police has been ordered to recruit more female officers so women make up a third of the force. But so far, their numbers remain low.

The Jaipur unit is just the second in Rajasthan state, with the first established in Udaipur last October. Police in neighbouring Uttar Pradesh have come under fire for their controversial approach to combat sex-related crimes in the notoriously lawless state.

There officers, including women, patrolling in so-called “anti-Romeo squads” have been accused of harassing unmarried and interfaith couples in an effort to enforce a moral code reflecting Hindu values. Shekhawat said no such methods would be adopted under her watch.

“We have seen a very good impact and positive results wherever our teams are on patrol,” she said. 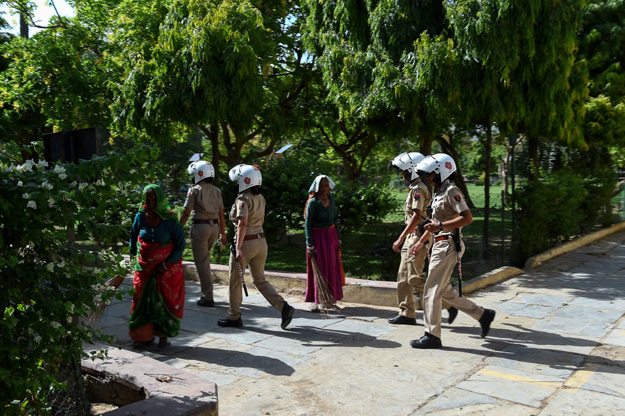 “It is having a preventive effect. It is restoring the faith of the public in the police which is a must for maintaining law and order.”

Men are taking note, too.

“It’s a very good move. When a man gets rounded up by these women, others will automatically feel the heat. They will have to mend their ways,” said Jaipur resident Ram Lal Gujar.