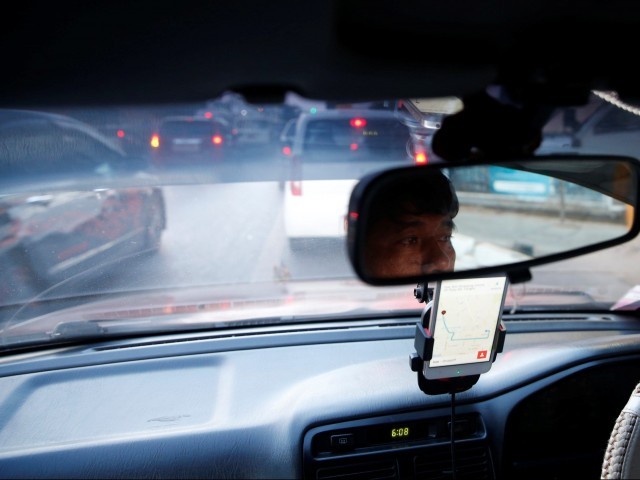 Representational image of a man driving a car. PHOTO: REUTERS

The 33-year-old woman, who is studying at a premier Delhi university, gave chase to the accused before taking pictures of his car as he fled the scene.

“The woman provided us pictures of the registration number of the car and we tracked the owner before swooping in on the accused,” Anil Kumar, investigating officer with Delhi police, told AFP. The driver had dropped off his employer’s wife at a shopping complex before engaging in the indecent act, the officer said.

India faced international scrutiny over levels of sexual violence against women following the fatal gang-rape of a medical student in New Delhi in December 2012. But the country’s sexual violence crisis continues unabated with nearly 100 rapes reported across the country every day despite the government bringing in stringent laws in 2013 to clamp down on sexual violence.

The latest incident comes a week after a 22-year-old woman posted a video on social media of a man who masturbated in front of her and five other women while on a busy train in Mumbai.

The incident caused further outrage after the woman accused a police officer of refusing to take action against the voyeur following a complaint. The accused was eventually arrested.

Last month a traveller on a Delhi-bound flight was arrested after he allegedly masturbated in front of a female passenger.