Comedy is the best way to expres­s views, she says
By AFP
Published: July 18, 2017
Tweet Email 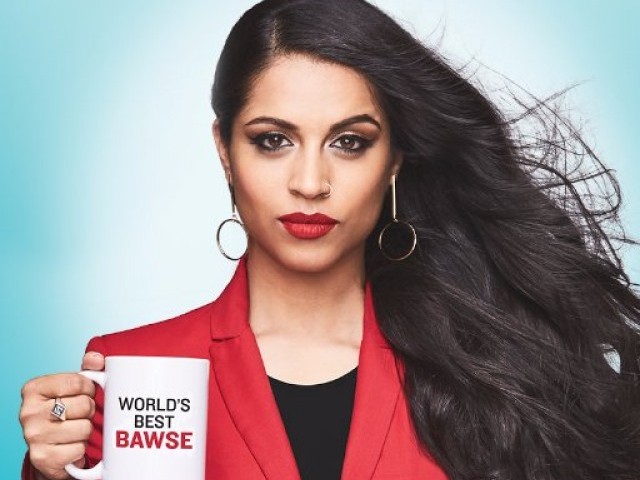 Comic and UN ambassador Lilly Singh has called on the Indian government to be more tolerant of satire after a popular comedy group was slapped with criminal charges over allegations that they insulted Prime Minister Narendra Modi.

“If you watch something and it makes you laugh, great. If it doesn’t, that comedy isn’t wrong. It’s just not suitable for you,” the Canadian internet sensation recently told AFP on the sidelines of a trip to New Delhi as a UN goodwill ambassador.

Last week, Indian comedy group All India Bakchod (AIB) were put under investigation for defamation and publishing obscene material online after a social media post poking fun at Modi. The troupe uploaded a photograph of a Modi look-alike alongside an image of the real prime minister’s face superimposed with a dog’s features using a Snapchat filter. The post went viral, but sparked a backlash from Modi supporters. AIB later deleted the post.

“Comedy is very subjective and the best thing you can do is promote what you love, don’t bash what you hate,” said Singh, who met students in the Indian capital and in Madhya Pradesh state as a UNICEF ambassador. “Comedy is the best way to express views.”

The child of Indian migrants, Singh has more than 11 million YouTube followers and is one of the channel’s biggest earners. The 28-year-old has made her name with video rants, making fun of imaginary Punjabi parents and anti-sexism sketches that take on themes such as “Why bras are horrible” and “If boys got their periods.”

In 2015, AIB fell foul of authorities when they were at the centre of an obscenity investigation over some sexually explicit jokes in a comedy “roast” show featuring several Bollywood stars. Last year Mumbai police asked YouTube and Facebook to block an AIB video mocking cricket great Sachin Tendulkar and famous Indian movie singer Lata Mangeshkar.

Free speech advocates allege that there is a growing climate of intolerance under Hindu nationalist leader Modi, with online trolls feeling empowered to target social media users who express different points of view from the ruling Bharatiya Janata Party (BJP).

This week the Central Board of Film Certification (CBFC) refused to certify a documentary film featuring Nobel prize-winning economist Amartya Sen unless some words, including “cow” and “Hindu India” are beeped out.

Couch potatoes, listen up! Slouching isn’t as bad for you as you thought