“I always dreamt of a debut that could best help me expres­s myself as an artist...", says Danyal Zafar
By Entertainment Desk
Published: July 15, 2017
Tweet Email 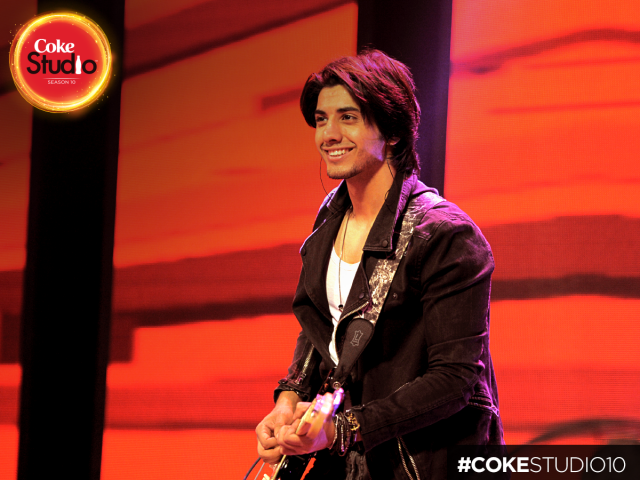 PHOTO:As a solo artist, Danyal Zafar is working his way to being a blues musician and is currently working on his debut album.

Emerging artist Danyal Zafar who is also the younger brother of our very own iconic Ali Zafar, is all set to make his music debut with the tenth edition of Coke Studio, stated a press release. The versatile singer, songwriter and guitarist Danyal Zafar will be performing two songs in the upcoming season of Pakistan’s leading musical series.

This ‘Zaalima’, ‘Afreen Afreen’ mashup is the best thing you will listen to today!

In a conversation about his debut, Danyal Zafar remarked: “I always dreamt of a debut that could best help me express myself as an artist in such a way that my music could also connect with people. There are two aspects to this, one: the platform where you launch your music, this is where I was lucky enough to be considered worthy of appearing on Coke Studio – a dream comes true. Two: the music itself. He added, “Sometimes when you are working on a song that’s already been created, it’s a gamble – whether or not it’s going to be something you’ll like or whether is it true to your essence as a musician or not. I am glad that I have been very fortunate in both instances.”

Discussing his experience, he stated, “As far as my experience is concerned, it was like these two extremes, on one end there was this slight pressure and nervousness – the fact that musicians I’ve grown up listening to are right there, watching and waiting for me to prove myself. And when it happened, it was just so overwhelming.”

He further quipped, “Everyone involved, on and off the stage, was so amazing in their own individual capacity as artists, they empowered me so much and by the time we got done I was in this surreal state of trance. I couldn’t hear anything, all the post recording banter was suddenly in super slow-mo, voices fading out like I was in a movie. It took me a while to absorb everything. I am very exciting about putting my work out there and to growing as a musician in the years to come.”

Having found passion for music at a very early age, Danyal first pursued music professionally recording guitar tracks for his brother Ali Zafar’s songs at the age of 14.

As a solo artist, Danyal Zafar is working his way to being a blues musician and is currently working on his debut album. He is also serving as a music director alongside Ali Zafar in the latter’s debut Pakistani film Teefa in Trouble and is also a brand ambassador for leading brands.

Athiya Shetty, Suniel Shettys’ daughter, says being a star child is a disadvantage