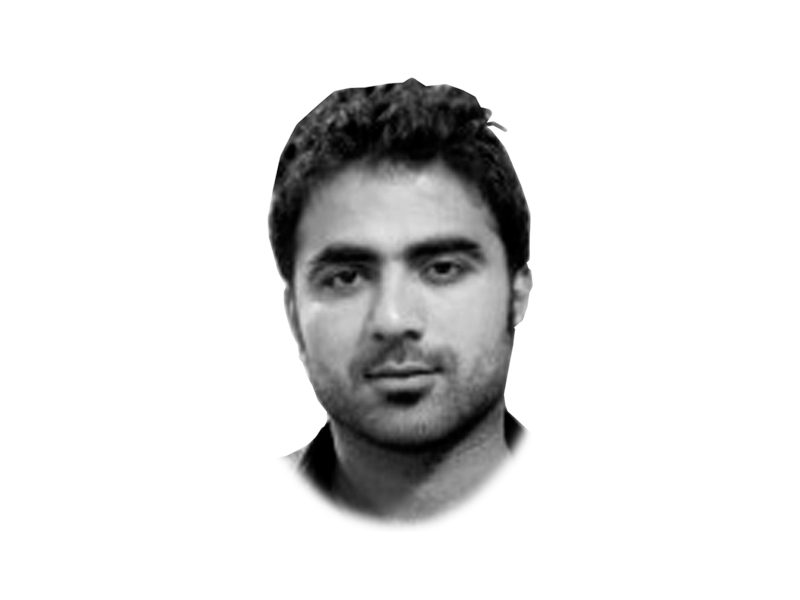 The writer is a research student at UW-Madison’s School of Journalism and Mass Communication, and a former correspondent of The Express Tribune

On June 23rd Majeed Khan Achakzai, a provincial minister and senior leader of the Pakhtoonkhwa Milli Awami Party (PkMAP), was reported to have run over and killed a traffic sergeant. It was an accident, not a deliberate act of crime. Nevertheless, in a moment of inattention and recklessness, an innocent man ended up losing his life. The traffic sergeant was stationed at an intersection where there were no traffic signals, a common situation in a city and province where corruption is rampant and funds designated for infrastructure are frequently diverted to dubious ends while basic needs go unmet.

Majeed is the chairperson of the Public Accounts Committee, House and Library Committee, Committee on Housing, Planning, Roads, and Building Departments, and Committee on Council of Chairmen.

Zarghoon Road, the scene of the accident, is a main artery connecting the outskirts of the city to downtown Quetta. Most government institutions, including the civil secretariat, the governor’s house, the chief minister’s residence, Balochistan High Court and the residence of the inspector general of police, are located along this arterial road, along with the residences of federal and provincial bureaucrats. With so many important institutions and residences located along the road, traffic officials are deployed daily to ensure the smooth flow of traffic through the area.

Neither arrests were made following the accident nor a case ever registered against the driver of the vehicle. In fact, Majeed did not even admit being behind the wheel until images emerged on social media showing him in the driver’s seat. It seems that after the accident he panicked and, as so often happens in Pakistan, was hoping to lie low and get away with the crime.

In the aftermath of the accident, many saw the ensuing media coverage as a conspiracy against the Pashtun nationalist leader Mahmood Khan Achakzai, a close ally of Prime Minister Nawaz Sharif. Others saw it more as a conspiracy orchestrated by Baloch social media activists. While others suspected the military establishment of being behind the intense media coverage.

Certain facts are not in dispute. Firstly, Majeed was driving recklessly. As a lawmaker and elected representative of an oppressed ethnic group, he should have been setting an example, not flouting the safe driving practices.

Secondly, rather than accepting responsibility, he pressured the policemen not to press charges. Instead of giving himself up to the police, he ended up being arrested during a raid on his house.

Thirdly, even after his arrest Majeed refused to accept the responsibility for his actions, instead resorting to excoriating the media during the court proceedings. He had, of course, every right to criticise the media, but there is no justification for such abusive and slanderous language. It is true that an uncommon amount of national media coverage was devoted to his case, but there was no media vendetta against him. It was only after incriminating footage was leaked by government officials that the incident drew such intense media scrutiny. Given the area in which the accident occurred it was inevitable that video of the incident would emerge within days and would invite heightened media attention.

There have undoubtedly been other instances where a lawmaker or prominent person was involved in a road accident in which his reckless driving resulted in the deaths of innocent people. However, I don’t recall any other case in which a video clearly identifying the perpetrator and the victim had emerged. However, whatever one might feel about the nature and the quality of the coverage, the story itself was unquestionably newsworthy. Nevertheless, it was unexpected that any local reporter would dare to run the incriminating video, given the fear of Achakzai’s party.

It is beyond my comprehension that a nationalist party claiming to be a representative of an oppressed nation would attempt to intimidate media persons. Nevertheless, a couple of media friends told me that while they obtained footage of the incident they dared not forward it to the central news desk for fear of retaliatory action from the PkMAP.

Many Pashtun journalists in Quetta have complained that Baloch journalists and social media activists are biased in their reporting of this incident. I have never before seen such unanimity among different groups and social media activists from northern areas of Balochistan on an issue concerning the province. The PkMAP has long been in the habit of issuing controversial statements questioning the validity of the existence of a Baloch majority in Balochistan, even going so far as to refer to the province as southern Pakhtunkhwa or Pashtunistan. Baloch political activists and senior journalists have long supported a separate province for the Pashtun people, but the PkMAP has never really been serious about seeking a separate province or a merging with K-P, since much of its political strategy relies on fomenting discord between Baloch and Pashtun. But one thing is wide and clear, the Baloch in Balochistan love their Pashtun brothers with whom they have been living for centuries and they have blood relationships.

PkMAP chief Mahmood declares repeatedly that he respects the rule of law, yet it turns out that a member of his own family, and an elected party member no less, was responsible for this fatal accident, and does not even have a driving licence.

The majority population in the province is Baloch. Yet, Baloch journalists, poets and analysts have never shied away from criticising Baloch nationalist leaders and opposition members, sparing not even influential personalities such as the late Nawab Akbar Bugti, the late Nawab Khair Bakhsh Marri and Ataullah Mengal.

Media coverage in Balochistan is not perfect. It is inadequate on many fronts, from the poor law and order situation and the controversial role of law-enforcement agencies to healthcare and education. This does not mean, however, that the misdeeds of nationalist leaders whether Baloch, Pashtun or Sindhi should go unreported.

Accountability starts at home. Nobody has a right to expect special treatment. Where was the hue and cry when misappropriated funds were recovered from the house of the then finance secretary of Balochistan, resulting in the arrest of both the secretary and Finance Minister Mir Khalid Lango? No one cried foul or objected to the recovery of millions of rupees in that case. Majeed’s actions were in clear violation of the law. Rather than playing the victim, he too should be held accountable. At the same time, this should not be interpreted as an invitation to insult and demean the entire Achakzai tribe. Justice must be served, but gratuitous insults are uncalled for.

I hope that this entire incident will be seen as an opportunity for reform. From now on, Baloch and Pashtun activists alike must be diligent in holding all of their leaders, regardless of ethnic background, accountable whenever they are found to be in violation of the law. Calling attention to wrongdoing — even in the corridors of power and among society’s elite — and demanding that justice be provided will result in better, more honest and responsible leaders and a higher overall standard of accountability in government.

It has been said that the media should tread carefully when it comes to reporting on Balochistan because the province has a distinct tribal society and different cultural norms than the rest of the country. I don’t buy that. I have never heard of a culture in which behavioural norms would condone someone running over and killing a person, and then responding not with an admission of guilt or even a glimmer of regret but rather attacking the media in the most abusive terms for simply doing its job.

Steering out of traffic chaos