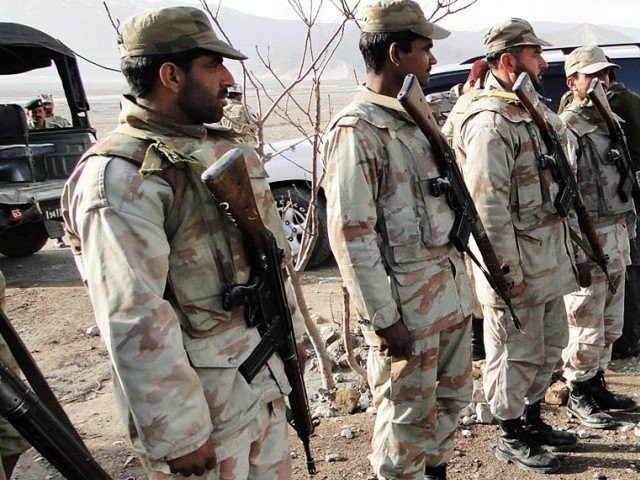 QUETTA: At least three terrorists were killed on Friday when Frontier Corps (FC) conducted an intelligence-based operation (IBO) in Turbat.

The timely operation by FC soldiers foiled an attack terrorists were planning to carry out, the law enforcement agency said.

FC personnel also seized a huge cache of arms and ammunition, including hand grenades, SMG rifles and bullets, from the militants’ possession.

However, several militants managed to escape unhurt from the operation site. FC, however, continued their search operation to apprehend the culprits.