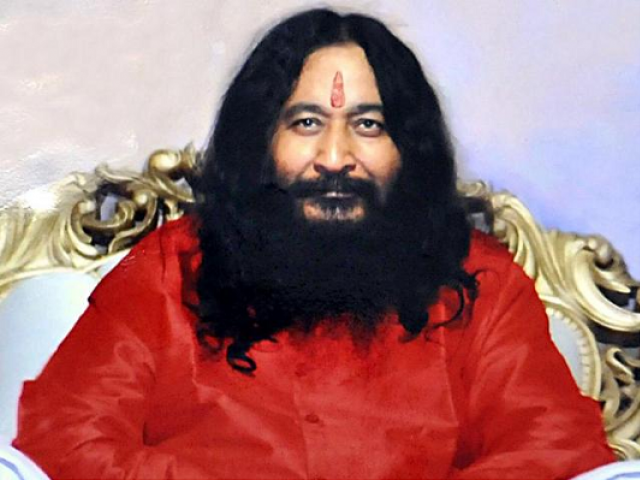 NEW DELHI: An Indian court Wednesday allowed disciples of a spiritual guru to preserve his body in a freezer, as they believe he is in a deep state of meditation and will return to life.

But his followers insist he is in a deep spiritual state called samadhi and have controversially kept his body in a commercial freezer at his heavily guarded 100 acre ashram in the northern state of Punjab.

On Wednesday the Punjab and Haryana High Court dismissed a three year old petition by Dalip Kumar Jha, who claims to be his son, and who wanted his father’s body to cremate him as per Hindu rituals.
Jha’s lawyer, S P Soi told AFP that it was unclear whether or not the court approved the sect’s argument that Maharaj was alive.

“But they dismissed our petition which is disappointing and we will challenge it in the Supreme Court,” said Soi.
The court while rejecting their plea set aside a 2014 judgement that had ordered his cremation after doctors confirmed him clinically dead.

His disciples had challenged the court’s cremation order saying he had simply drifted into a deeper form of meditation, something he did often in sub-zero Himalayan temperatures.

The guru, who is in his seventies, established the sect in Punjab’s Jalandhar city in 1983 to promote “self-awakening and global peace”, with millions of followers across the world and properties worth an estimated $120 million in India, the United States, South America, Australia, the Middle East and Europe.

Jha claims that the guru’s real name was Mahesh Kumar Jha and he left his native village in eastern Bihar state in late 1970’s before founding the sect.

He and Maharaj’s former driver Puran Singh filed petitions in court soon after the guru’s death demanding a criminal probe and alleged the sect members were deliberately holding his body to retain control of his vast financial assets.

Maharaj is one of several gurus who in recent decades have built huge empires and command millions of followers, particularly in northern India.

For followers, gurus play an integral role in daily life, including a path to enlightenment. Followers offer spiritual devotion and donations to ashrams, temples and charity projects.