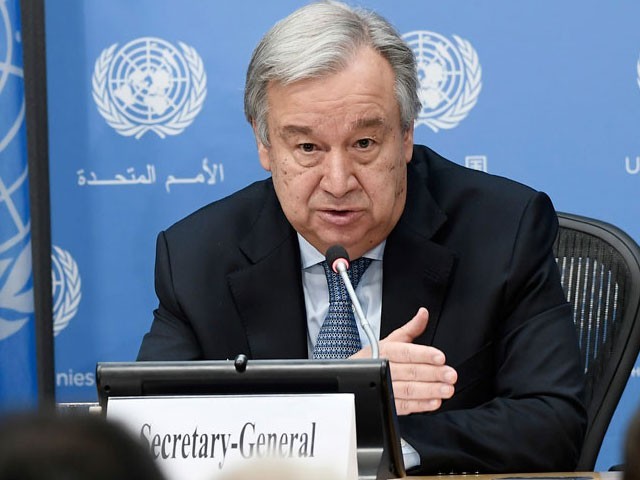 United Nations Secretary-General Antonio Guterres condemned Friday’s twin bombing at a marketplace in Parachinar, in the Federally Administered Tribal Areas of Pakistan, and a suicide
attack at a checkpoint in Quetta.

“He (the UN chief) hopes those responsible for these crimes will be
swiftly brought to justice,” according to a statement issued by his spokesperson.

At least 25 killed, over 100 injured in twin Parachinar explosions

In his statement, Guterres extended his condolences to the families of
the victims and wished the injured a speedy recovery. He also expressed his solidarity with the people and Government of Pakistan and its efforts to fight terrorism and violent extremism.

On Friday, June 23, 2017, dozens of people were killed and more than 100 were injured in the two separate attacks. Early on Friday, a bomb attack took place in Quetta. In the afternoon, deadly blasts hit a market in Parachinar. In a separate incident, gunmen on motorcycles shot dead four policemen who were breaking fast at a roadside restaurant in the SITE area of Karachi.

Are cows safer than women in India? This photographer seems to think so