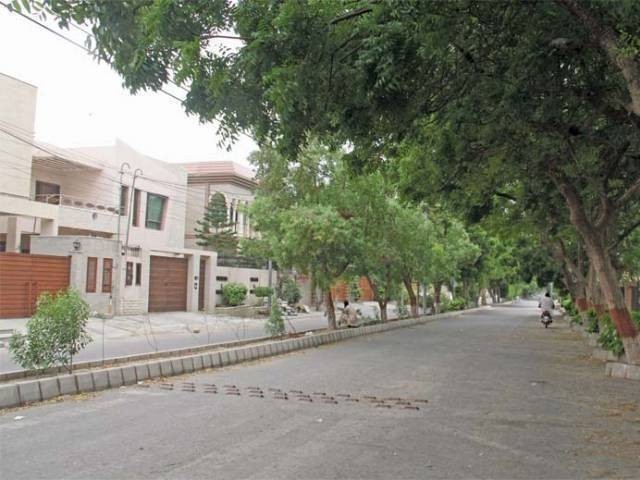 ISLAMABAD: The Capital Development Authority (CDA) on Friday sealed the offices of an illegal housing scheme near the Koral Interchange.

“Today we launched action against an illegal housing society at around 3pm in a bid to control further illegal construction,” CDA Member Planning Asad Mehboob Kiyani told The Express Tribune, adding that they had sealed offices of the Ghouri Town housing society.

He further disclosed that as part of their efforts to control illegal construction in the federal capital, the CDA was planning action against other illegal housing societies in the capital including the Multi-Professional Cooperative Housing Society and Soan Garden.

Offices of Ghouri Town housing society were sealed by the staff of the Enforcement Directorate in the presence of a senior special magistrate of CDA and the station house officer of the concerned police station. The entire operation was supervised by Kiyani.

Kiyani said that as per the Islamabad Capital Territory (Zoning) Regulation 1992, private housing schemes can only be launched in zone-two, four and five of the capital after their layout plans are approved and a no-objection certificate (NOC) is issued by the CDA.

However, the CDA official said that Raja Ali Akbar & Co and Al-Rahman Associates had launched the seven phases of the Ghouri Town Housing Scheme without securing prior approval from CDA and by flouting ICT regulations.

CDA sources said that despite the fact that the civic body had issued notices to the society, its managers had failed to obtain an NOC from the CDA.

“They have been advertising and marketing the land in their unauthorised and illegal scheme in violation of CDA Ordinance 1960 and ICT (Zoning) Regulation 1992,” the official said.

The CDA officials in their statement added that the managers of the housing scheme had continued to cheat the public.

“In view of this, CDA has sealed the office buildings of Ghouri Town management today,” they added.

Meanwhile, the CDA also issued a public notice to warn the public about fake housing societies.

On the other hand, Ghouri Town Housing Society’s Sales Manager Chaudhry Muhammad Ramazan refuted CDA’s claims of an operation to close down offices of the housing scheme.

He told The Express Tribune that the offices of the society had been locked by the management on the eve of Eidul Fitr holidays on Thursday evening and that they expected to reopen their offices after the holidays on June 30.