Trailer alert: Syed Noor's comeback might be the end of Shahroz Sabzwari's career

Trailer alert: Syed Noor's comeback might be the end of Shahroz Sabzwari's career 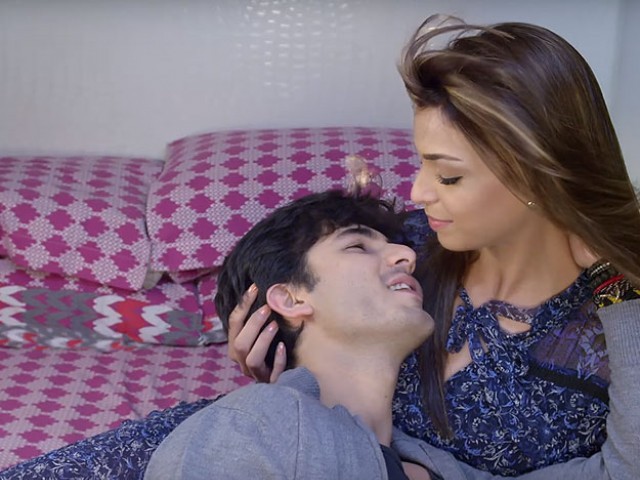 KARACHI  : It’s no secret that Pakistani cinema is going through a rough patch. While many film-makers like Nabeel Qureshi and others, are trying to gain the audience’s faith and working hard to create quality cinema, there are some who, intentionally or unintentionally, are damaging it. Syed Noor’s latest magnum opus Chain Aye Na’s trailer confused me, and made me ponder on the situation of our local cinema.

The nearly five-minute trailer was a headscratcher. One couldn’t help but wonder what purpose it served other than to disgust the audience and damage their already dwindling faith in Pakistani cinema. So far in 2017, there has not been a single local hit film. And if that doesn’t show where we stand, here comes Syed Noor – a veteran of the industry, to flush that faith down the gutter.

Now, I would admit there were no expectations from Chain Aye Na at all in the first place. But then I made the unfortunate mistake of giving it a chance and watching the trailer. After it was all said and done, all one could think was: Is this film worth releasing in the cinemas?

Moreover, one has to think (and think hard) about what Noor was wondering when he made the film. This is 2017 and the audience requires quality entertainment, whereas he is still stuck in the 90s with all the unconvincing stylisation of the most cliched tropes, presented in the most mediocre of ways.

The trailer shows an absolute disregard of mastery of any element of the film-making craft. With dialogues like “Can I kiss?” delivered with a not-so-subtle perversity instead of sensuality, one can accurately predict where the film will stand, if it is released in cinemas. It’s even sad to see Shahroz Subzwari and veterans like Nadeem and Bahroz Subzwari in the film. Where Syra Shahroz is on a roll starring in much better projects, Shahroz has to resort to such C-grade films to save his career.

It’s ironic that some of the has-been Lollywood film-makers insist on the cinema owners’ conspiracy against them for not giving them prime shows. But judging from Chain Aye Na’s trailer, the appropriate step would be not give them any shows at all as it feels like an insult to the entire film medium.

Further, what I couldn’t understand was the length of the trailer. It simply exposed Noor. The fact that he incorporated so much into one trailer made us think whether he himself did not believe in his film. He had to show off as many tricks in his hat to get the audience to watch the film. And even then, he had nothing to show at all.

Perhaps, the best choice would be to release the film online for free as I am not too sure one would pay to watch this film.

It would not be too extreme to say Noor must retire from film-making before any more damage is caused.

My 50 years in Bollywood went by in moment: Dharmendra