No casual­ties were report­ed from any city
By Our Correspondent
Published: June 21, 2017
Tweet Email 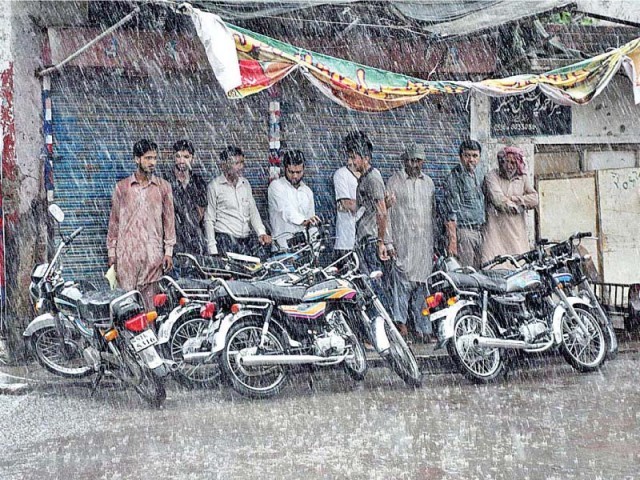 The heavy downpour resulted in disruption of electricity and several complaints were registered on Multan Power Electric Company’s toll free number.  Complaints of tripping of feeders were also reported in some areas however, electricity was restored after a few hours.

Meanwhile, traffic chaos was witnessed in many cities due to rainfall, including Multan, Sialkot, Jhelum, Faisalabad and others. Commuters were stranded in traffic jams for hours as rainwater accumulated on major thoroughfares.

Auto mechanics had a field day, as many vehicles broke down in rainwater, which had accumulated on various roads.

According to the weather advisory issued by Metrological Department, more rain accompanied by gusty winds and isolated heavy falls was expected at a number of places in Punjab.

The Met office forecast that pre-monsoon currents are likely to penetrate the country and this will produce rains in the upper and central parts of the country. For example, rain with dust and thunderstorm and gusty winds is expected in scattered places of Bahawalpur, Gujranwala, Lahore, Sargodha, Faisalabad, Sialkot and other areas from Tuesday to Friday.