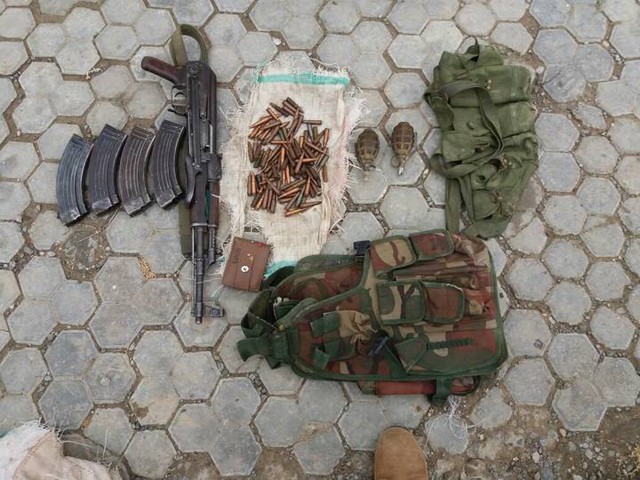 Seven suspects were killed and ammunition seized in a joint operation under Operation Radd-ul-Fasaad. PHOTO: ISPR

Two suspected terrorists were killed in an exchange of fire with security forces north of Tank district of Khyber-Pakhtunkhwa.

According to the ISPR, the terrorists were attempting to raid a check post near Dewana Baba Ziarat, some 12 kilometres north of Tank. But the forces fired back and killed two of them.

Around seven suspects were arrested and illegal weapons and ammunition were recovered from them.