After four years on a strict diet of fresh fruit and vegetables, Aldi Rizal has managed to lose most of the weight and has now turned his focus to finishing grade four. PHOTO COURTESY: Mail Online

The Indonesian boy who garnered international fame at the tender age of two for his his 40-a-day smoking addiction, says he now loves chocolate more than tobacco, reported Mail Online.

Aldi Rizal became an internet sensation back in 2010 as he was found in a poor village in Sumatra, puffing away more than a pack a day while riding his tricycle.

While he has been able to quit his smoking addiction, he has since swapped it with something a bit sweeter.

"I kept watching people smoking and it looked delicious. It feels good when smoking. But now I think chocolate is better than smoking," the nine-year-old said. 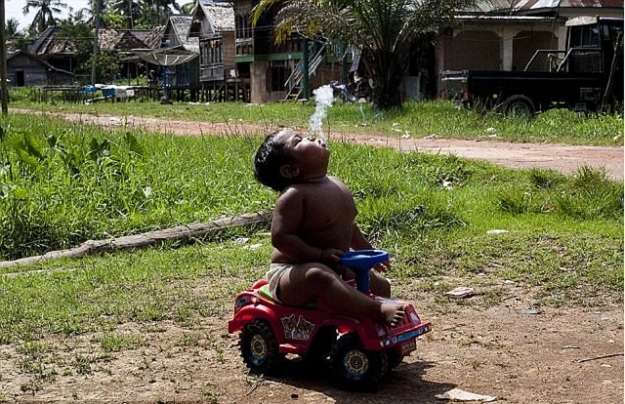 Just two years later the little boy managed to quit with the help of the Indonesian government providing special rehabilitation, but he replaced his previous addiction with food and drastically gained weight.


Now, at nine-years-old, Aldi has managed to keep away from cigarettes, lose weight and excel at school.

His shocking smoking addiction led to the Indonesian government launching a campaign to tackle the problem with many picking up the habit in smaller villages.

"At first when we were weaning Aldi off the cigarettes he would have terrible tantrums," Aldi's mother Diane Rizal, 32, said in 2013. "But now he doesn't want them."


But the little boy quickly developed a huge appetite without the 40 cigarettes a day, eating fatty foods and consuming three cans of condensed milk on a daily basis. 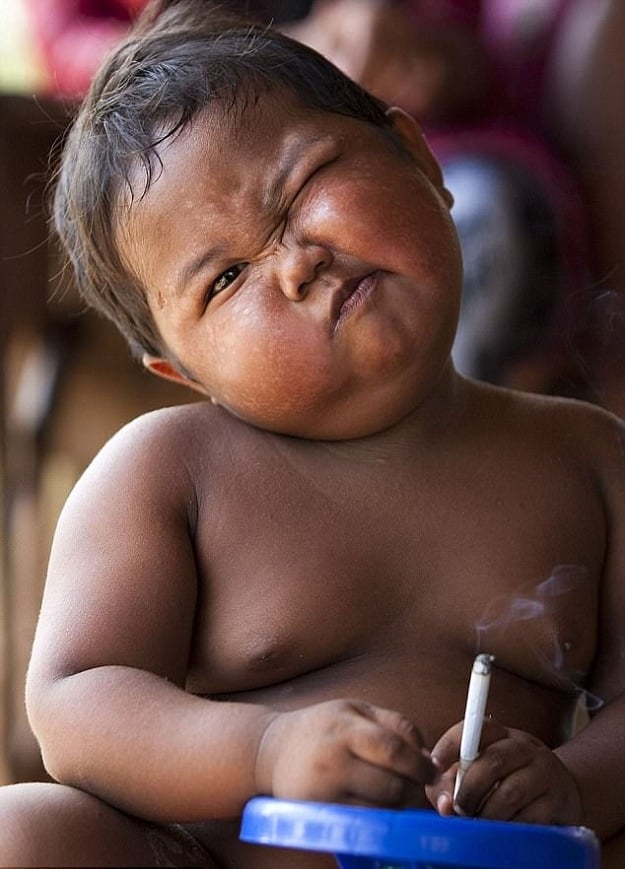 Diane said Aldi would bang his head on the wall in an attempt to get extra meals and found it was much harder to stop him getting his hands on more food.

Aldi's family decided to take him to a nutritionist for medical checks and then started him on a strict diet.

The little boy weighed 24 kilograms at just five years old - almost six kilograms above the recommended weight for a child his age.

'The blood will not be able to break glucose from food. This will make Aldi become bigger and bigger," he said.

But after four years on a strict diet of fresh fruit and vegetables, Aldi managed to lose most of the weight and has now turned his focus to finishing grade four.

Doctors stress there is no ‘safe way’ to smoke

Opp slams move to give unbridled powers to FBR