Says opposi­tion partie­s are in contac­t with each other
By Our Correspondent
Published: June 18, 2017
Tweet Email 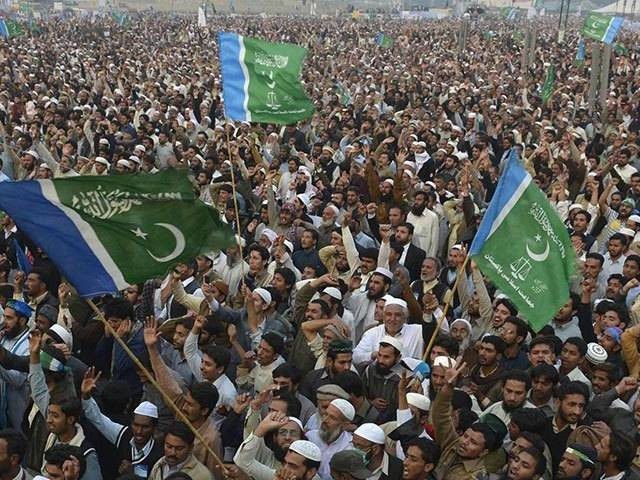 JI says opposition parties are in contact with each other. PHOTO: AFP

MULTAN: Acting Amir of Jamaat-e-Islami Liaquat Baloch on Saturday categorically responded to Prime Minister Nawaz Sharif that if any institution gets involved in politics, violating its constitutional limits, the government should bring the matter to the parliament.

The JI leader expressed these views while talking to the journalists at South Punjab JI Media Center. He said Prime Minister Nawaz Sharif should refrain from criticising institutions on violating constitutional parameters and the matters should be brought to the parliament. Responding to a question, Bloch said serious discussions and contacts would be initiated after Eid for opposition parties’ grand alliance for next general elections. “Opposition parties are willing to form an alliance for election and anxiously waiting for the right moment. Similarly, the JI will initiate efforts of alliance among the religious parities,” he said.

He said opposition parties were in contact with each other and discussing the matters at higher level.

“However, the features of the opposition parties’ election alliance are not clear as yet. Serious efforts will be initiated after Eid.”

Responding to a query on possibility of JI’s election alliance with PPP, he said meetings were in process between both the parties but things have not materialised. Responding to another query, he said the Joint Investigation Team should complete the probe and submit the same to Supreme Court. “The JIT should complete her task without any pressure. In fact a corrupt mafia has created unrest in the country to stop the accountability process to protect their vested interest,” he remarked.