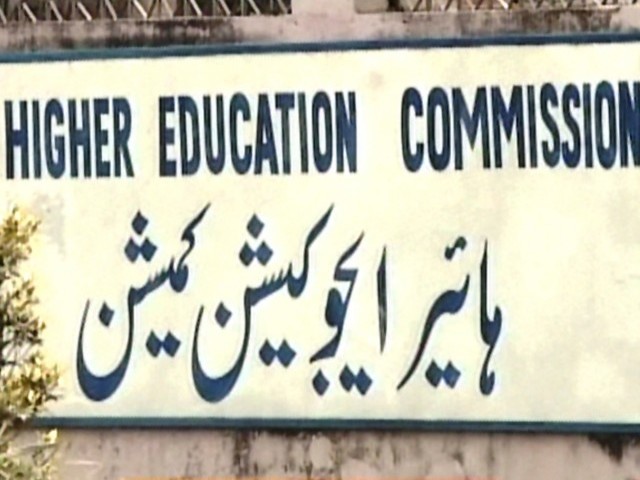 The functions of the Higher Education Commission (HEC), except maintaining standards of higher education, are also being transferred to the provinces.

ISLAMABAD: The Federal Government on Tuesday transferred five ministries, including the Ministry of Education, to the provinces under the devolution plan in the 18th Amendment.

A notification issued by the government stated the ministries of Education, Social Welfare and Special Education, Tourism, Livestock and Dairy, Rural Development and Culture have been transferred to the provinces.

According to sources, the Commission for Implementation of the 18th Amendment has also approved a plan for the transfer of three federal ministries, including Sports, Women Development and Environment, to the provinces in the third phase.

The Higher Eduction Commission is also being devolved to the provinces under the 18th amendment plan.

Students of Islamabad and Rawalpindi universities protested outside the office of the HEC demanding that the government take back the decision to devolve the body.

The protestors alleged that the devolution was an act of ‘revenge’ from the members of parliament, whose degrees had been sent to the HEC for verification. They were of the view that higher education in Pakistan will go back ten years back from this act of devolution.

Students on scholarships and employees of the HEC also joined the protests.

Students studying at Oxford University in England have also to written to Pakistan High Commissioner Wajid Shamsul Hasan and expressed their concern over the issue asking the government to reconsider the devolution.

The functions of the Higher Education Commission (HEC), except maintaining standards of higher education, are also being transferred to the provinces after the re-drafting its Ordinance. Clauses of the HEC Ordinance which do not clash with the 18th amendment would remain untouched.